Despite some irritants, CPEC is really a win-win for both China and Pakistan 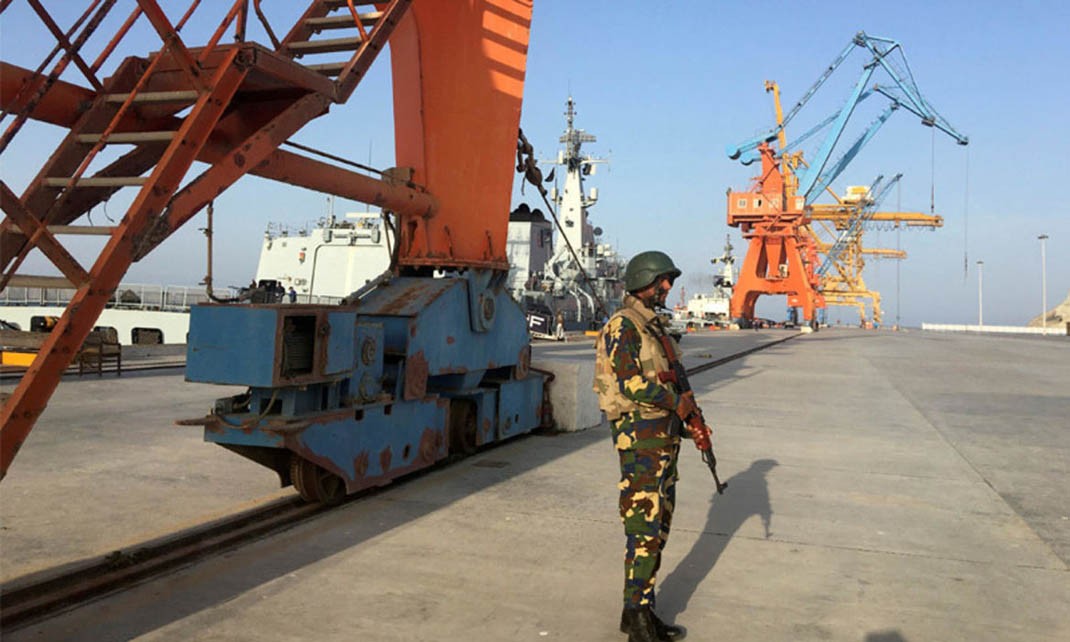 China plans to spend US$51.5 billion in Pakistan over the next fifteen years under the CPEC projects. The earlier planned investment was US$ 45 billion but it has been happily revised after the inclusion of the upgradation of Karachi-Peshawar railway track.

The planned investment is marked for infrastructure development and setting up of different energy generating power plants using both renewable and non-renewable raw material sources -- 30 per cent for infrastructure development and 70 per cent for power plants. According to the Chinese ambassador to Pakistan, $13 billion have already been committed and some $18 billion are in the pipeline. The corridor will include 2,000 kilometres transport link between Kashgar in North-Western China to Pakistan’s Gwadar Port on the Arabian Sea via roads, railways and pipelines.

Major share of the investments is going to be for the energy projects. Chinese firms would be spending US$35-37 billion in energy projects and estimates say that 10,400 MWs of energy from these early harvest (top priority basis) projects will become part of the national grid by early 2018. Another 16,400 MWs would be added over the next ten to fifteen years and out of these there are 10 projects of 6,600 MWs in Thar district which will use Thar coal as their raw material.

All of these energy projects are in the form of foreign direct investment for Independent Power Producers (IPPs) under the investment policy available for all investors. Our current energy shortfall (gap between energy produced and consumed) is 5,000 MWs and I don’t need to elucidate any further as to the wonders this added power capacity will do for all of us.

The real pivot in this game is port of Gwadar. Located near the Strait of Hormuz, Gwadar will save 12,900 KMs of sea route which Middle Eastern energy supplies take to reach China’s eastern board through Strait of Malacca. This new route from Gwadar will serve a dual purpose for China -- shorter land route and a strategic advantage in the form of reduced dependence upon India and US (both powers carry lot of influence in the current route of Indian Ocean used by China). It will also help China in the development of some of its least developed regions in the west.

India has committed US$ 86 million for the development of Chabahar port of Iran in order to enhance its access to Afghanistan to reach the energy rich region of Central Asian states of Tajikistan, Turkmenistan etc. But Chabahar to date just exists on papers whereby Gwadar is a hard reality right on our shores.

Eastern alignment of the corridor originates from Gwadar, reaches Karachi through Makran Coastal Highway and then after passing through Sindh and southern, central and northern regions of Punjab reaches Islamabad. From Islamabad, it extends to Haripur, Abbottabad and Mansehra districts of Hazara division in KP and after running through Muzaffarabad, it reaches Khunjrab after passing through Diamer and Gilgit areas.

CPEC is a real win-win for both China and Pakistan and even Iran can enjoy the fruits of its harvest (China is continuously dangling the carrot in front of Iran and time is not far away when Iran would grab it). China has shown keen interest in Iran-Pakistan Gas Pipeline and even there is a proposal in the air that if India is not interested in getting that gas then China would love to have it through Pakistan. This must be music to anyone’s ears who is breathing Pakistani air and observing the economy as a back bencher. It is like a Marshall Plan for Pakistan and at least I don’t see any comparative examples of investment of this magnitude at such a compressed timeframe in the recent history of nation states.

Pakistan’s current budget deficit is 4.7 per cent of the GDP and this year the GDP growth rate my click at 5 per cent. Now even a layman can tell you very safely that with this level of investment coming into Pakistan, our GDP growth rate will go into the high gear and may touch 7 per cent during the next two years or so. China, on the other hand, will not only get an alternate route for Middle Eastern energy supplies but will also use this handy access to warm waters of Gwadar port for the development of its central and western provinces.

India is wary of not only Pakistan becoming the recipient of all of this development but also of the increasing role of China in the region. India has international designs and wants a permanent chair for itself in the UNSC and faces a real threat from China and CPEC is the last thing India wants. Indian desperation is pretty evident and it came out in the open immediately after the historic Chinese President visit to Pakistan in April 2015.

Success of this project also depends upon inter-provincial harmony in Pakistan. Smaller provinces like KP and Balochistan must be taken on board and all of their concerns about this project need to be allayed. Both the provinces are perturbed because of the building of western alignment on the least priority basis. Balochistan has shown concerns about Gwadar development and the Baloch fear that this project will be hijacked by outsiders.