A nation of tree haters 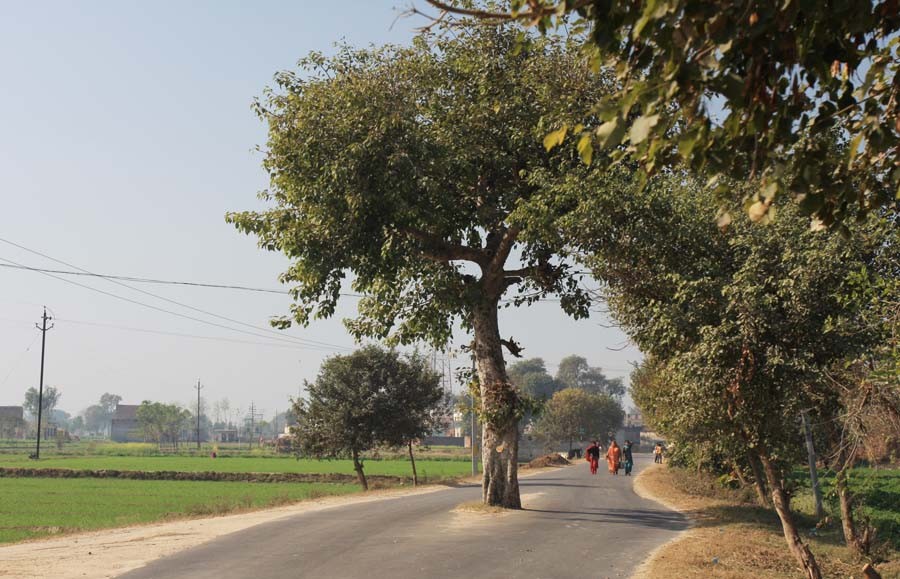 Some years ago, having seen a lovely pipal fronting an empty plot near a friend’s home, I would carry on about the beauty of the tree. The tree stood their magnificent, gorging itself on atmospheric carbon dioxide; holding the carbon in its body to reduce global warming, it spewed out pure, unadulterated oxygen so that no life on earth may die of asphyxiation. The plot being unoccupied, the tree had been there undisturbed for decades.

But then my friend told me the plot had been purchased by some yahoo who was going to build a home on it. I said I would bet my last rupee that the first thing that foolish buyer would do is to chop down the tree.

And sure enough. That is exactly what happened.

I have seen eight magnificent beedi patta (Heterophragma adenophyllum) trees ruthlessly cut down from in front of a new house in K Block, Model Town. The only reason was to inflict upon passersby the ugliness of the bathroom tile facade of the monstrosity otherwise elegantly hidden behind foliage. It was for the same reason that the poor pipal bit the dust.

I live in a lower-class area of south Lahore that was until 1997 a virtual forest of indigenous trees. When we moved here in January 2001, there were few houses and many of the old trees still stood. There were mostly mulberry, acacia, ber and some pipal and tahli too. As this society of mostly semi-educated clerks and peons from a certain government department got more and more built up, the trees disappeared.

Instead of the old indigenous trees whose large biomass sequestered tonnes of carbon, each new house now had the wretched and ugly asoka that I call kulfi tree. I tried talking to one home owner and his response was that trees create a mess!

Just the other day, as I was at the laundryman’s, I saw a lout hacking away at a ber tree outside a house. I asked why and he referred to someone on the porch.

As a nation we hate trees both as individuals and as institutions. And because on both levels we suffer from a massive historical inferiority complex, we doubly hate everything that is indigenous.

‘Wud oye wud toon,’ came the reply. The heartlessness of the response was devastating. It was like, "Never mind this idiot you just go ahead and chop".

I got my camera just in time and had barely got two frames when the ber tree came tumbling down. It was only then I realised that another lout was up in the neighbouring neem tree too. When I went back in the afternoon, both were mere stumps. The house behind, no architectural beauty, looked the uglier without the beautiful trees that kept it from the afternoon sun of summer.

Inside the house was one bottle palm and another tree, probably a guava. Next summer, when the sun melts their brains, the home owners will put up the green sheet to shield themselves. But they will never permit a living tree to hide the grotesque ugliness of their architecture.

Fly kilometres east to Jalandhar where in another life I could have been living. Nearly midway on the highroad from the city to our native village of Ughi there is a sight very strange to Pakistani eyes. There, in the middle of the road, dividing it in two, stands a pipal tree with traffic passing on either side of it!

In 2005, they built the west-bound track of the road connecting Wapda Town with Thokar Niaz Beg past the cancer hospital. (The other track had been put in some years earlier.) In a curve of the road near the Wapda grid station and offices of the Geological Survey of Pakistan, there was a Gujjar family’s dera: one mud brick structure shaded by three spreading pipal trees. Since 1995, I daily visited this lovely spot on my early morning cycling jaunts and did my callisthenics with the Gujjars’ dog noisily keeping a menacing eye on me.

The day in 2005, after ousting the Gujjars, when they came with their surveying things I had a chat with the sub-engineer on site. I asked if there was any way he could save the three pipal trees. The young man looked at me as if I was either joking or was off my rocker. He said to save the trees the road would have to be crooked. I pointed out that as it was the trees were already in a curve and the road was going to be crooked. All that was needed was to curve the road some five metres or so away from the trees.

The pipal trees were cut. No one remembers them anymore. Only I have a number of 35 mm colour transparencies that remind me that there were once trees in that curve of the road.

But we are Muslim Pakistanis. As a nation we hate trees both as individuals and as institutions. And because on both levels we suffer from a massive historical inferiority complex, we doubly hate everything that is indigenous; all that belongs to this great and wonderful land of the Sindhu-Ganga valleys. In our foolish hatred for this land of our earliest ancestors we have even allotted religion to trees: I was once told by a young woman that the sohanjna (Moringa oleifera) was a Hindu tree!

Aside: for all its medicinal qualities, the wonderful sohanjna has been dubbed the Miracle Tree or the Tree of Life.

We destroy all native species of flora to replace them with imported ones. When we are not flaunting our supposed status of ‘original Arabs’ by choking the land with shadeless date palms, our inferiority complex forces us to stuff it with worthless alien species. We began with the water-guzzling eucalyptus imported from Australia to deprive this water-scarce land of a precious resource. Then we experimented with paper mulberry to give asthma to Islamabad. Now we are infatuated with the wretched conocarpus of Central South America, the one tree which alone does the mischief of the two above-named trees.

The water-seeking roots of the conocarpus destroy underground sewers and water lines and its high pollen will make the entire country sick. But we will never learn any lessons - neither from our own follies nor from those of others. We will destroy all indigenous trees from urban centres and turn them into green deserts with harmful imported species.

A nation of tree haters