To the land of lakes

Marked by breathtaking sights, a difficult terrain and harsh weather, the journey from Chitral to Ishkarwaz is an exciting story 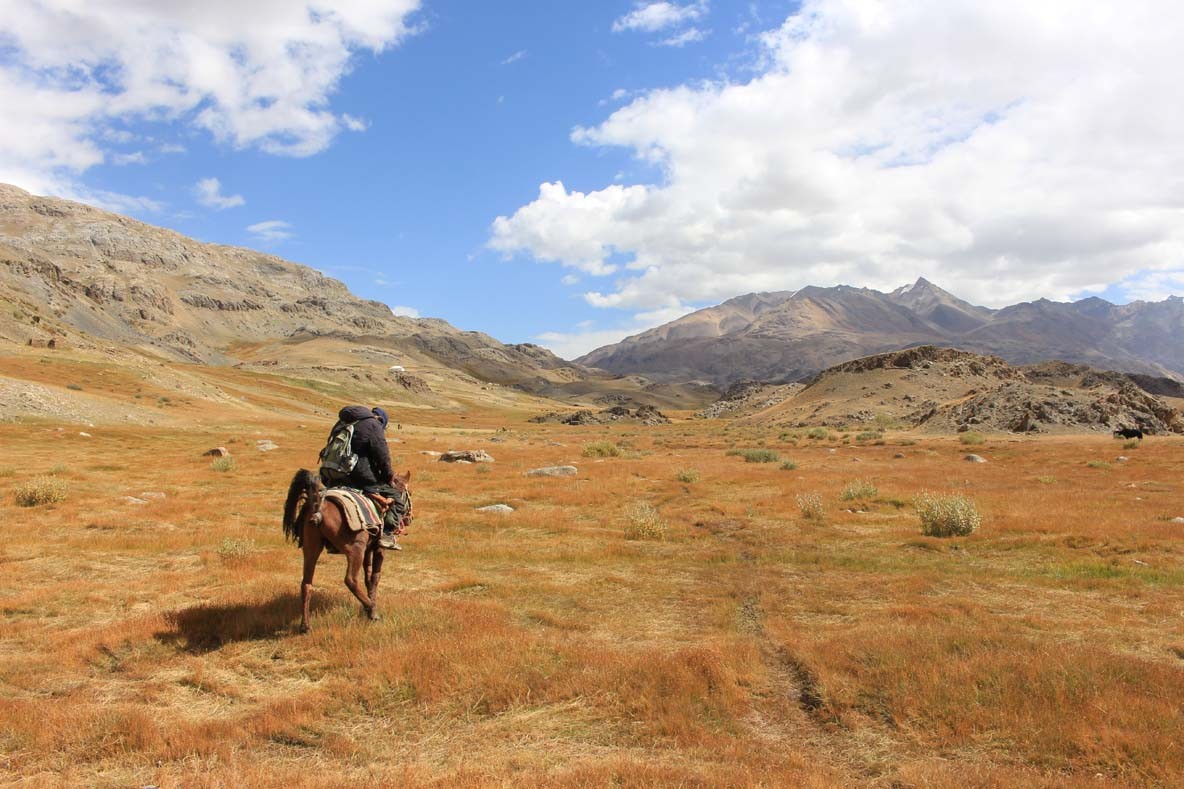 Towards the end of September last year came the opportunity I had awaited eagerly in my two years in Chitral. My friends, Amjad, Hamid, Niaz and Rashid, and I left early morning for a 15 hour-long journey, covering 250 kilometres, from Chitral to Ishkarwaz in Broghol.

After a brief pause for a few photographs at the long wall of Darband and ‘chai-no-korako-dur’ (literally, house of one who doesn’t offer tea!), we were on our way again. Just when we were about to lose track of the road to Broghol, we met Jamshed, a lively young Wakhi who claimed to have attended school for a while. When asked how many classes he had passed before dropping out, the response was an astounding ‘beeshi joo’ or 22.

What followed was laughter and amusement at the extraordinary qualifications of this village lad until it was time to drop him off.

We reached the post of the Chitral Levies in Ishkarwaz, Broghol, and stayed there for the night. The jeepable road ended here, and to go further to the lake-studded countryside one had to go on horseback or on foot.

Broghol valley is a high-altitude conglomeration of various minor settlements -- Ishkarwaz, Lashkargaz, Garil, Chikar and Chilmarabad -- in the extreme north-western fringes of Chitral, with a largely Wakhi population. Beginning from Kishmanja (before Broghol), the ethnicity of the population changes from Kho (Chitrali as we generally know it) to Wakhi as does the language. The landscape is a mix of rolling hills, massive glaciers and narrow valleys.

The first task of the morning was the arrangement of Wakhi ponies for the trip to Karombar Lake, nearly 40 kilometres from Ishkarwaz. Hamid managed to arrange five ponies for us at an acceptable rate and soon we departed for Karombar Lake. Karombara (Chitrali for Karombar Lake) being distant and the days short, we kept our plans flexible.

A short break was taken in Garil for breakfast followed by a shorter tour of the Darwaza Pass instead of undertaking the long journey to Karombar due to the overhead sun. By now, the ponies and the lazy riders were at ease with each other, gradually trotting over rocks amidst a chorus of shrill bleating whistles of marmots. Soon, we approached a magnificent bluish-green body of water so clear that the rocks in the depth appeared unrealistically close. This, we were told, was neither the first nor the last of the water bodies that Broghol valley is home to.

As I stood there to look at the beginning of the great Pamir mountains and the historic Amu Darya, despite the apparent similarities, I knew that beyond this collection of rocks lay a mysterious world.

We proceeded northwards to find an exquisite lake located neatly between hills. Shortly north thereof was yet another lake, right above it on a hillock, a vertical assortment of rocks, which represented the fine line separating the historic Wakhan corridor from the Broghol valley at the last edge of Pakistan.

As I stood there to look at the beginning of the great Pamir mountains and the historic Amu Darya, despite the apparent similarities, I knew that beyond this collection of rocks lay a mysterious world. It must be another day when I can live the Wakhan experience, see the glorious Amu Darya meandering in its bed or climb a looming Pamir mountain.

We turned back to the safety of the motherland and headed for the last permanent settlement of the Broghol valley -- Lashkargaz. Part of the party rode their way to Lashkargaz while I marched forth in search of more sights for my camera. In the hours before sunset, on foot, I managed no less than six other lakes, ranging in size but equally beautiful given the clear water. I also found in and around them the earliest autumn migrants sheltering for what I presumed would be a night’s stay or a feeding break.

There were more lakes, but my fatigue was unbearable and the little energy left in me was needed to get back to the camp.

The night was eventless in this distant village, as is the case in far-flung areas. Worn out by the travelling, none of us had the energy to lighten the mood. In a short while, however, one of the porters, responsible for our baggage, barged into our room, bearing interesting news: his pony was nowhere to be found in the village. Luckily, the luggage had already been off-loaded, otherwise the poor creature would have been spending the whole night still loaded with the heavy luggage somewhere in the rocks.

Next morning, we woke up to a beautiful cloud-shrouded scenery, with early fall snows on the western and southern mountains. It appeared though that the eastern mountains were clear and that was the biggest relief; for any snows on them would have effectively ruined the chance to see Karombara (we were the last visitors of the season).

We moved on in a party of eight (five on horse-back and three Wakhi horse guides on foot). Hamid and Niaz, having already seen Karombara before, would wait for us at the night camp.

The first discovery next morning was the missing pony, found amidst a party of three others behind a small hillock braying in the outskirts of Lashkargaz. Since Baroghil is still one of those rare blessed places where a cell phone is of no use, one guide had to be sent back to take the delinquent creature home.

About half an hour further down the road, the remaining two Wakhi lads had to be sent back as well, as the weather was becoming rough and these boys on foot were slowing down the riding party. Thereon was a short break above Irshad Gaz, the summer pasture of Chikar inhabitants where, curiously, not a male soul was to be found.

The summer pasture above Irshad Gaz lies at the junction of the Karombar and the Chiantar valleys, the former known for the great lake while the latter for the longest glacier in Chitral district. The same Chiantar Glacier also happens to be the source of Yarkhun River, known as the Chitral River downstream.

Beyond this summer pasture, we entered the Karombar valley, trotting and walking, as determined by the weather. Initially the cloud-cover was patchy, but soon more clouds moved in and the weather took a turn for the worse. With just a short break midway, we finally reached Karombara four hours after departure.

Here, was a huge water body, at an astounding altitude of 14,120 above sea level, flanked on one side by debris-strewn mountains, and on the other by a magnificent cliff bearing remnants of a glacier that had seen a summer of heavy melting -- waiting for the winter to be restored to its former glory. For at least the next eight months, this lake and the surrounding mountains will not see a soul as the harsh winter will reshape the landscape.

Since traversing the perimeters of the lake on foot was impossible given that it had started to snow, it was time to go back to the camp at Lashkargaz on our ponies.

Sher Khan, the quintessential Wakhi rider and our guide, was in the lead, with me slightly behind. Amjad and Rashid were nowhere to be found as the snowfall gained momentum amidst our efforts to outrun the storm. Yet, we reached the summer pasture above Irshad Gaz after a good two hours of battling frosty winds where we had a hearty lunch of yak yogurt, yak cream and the traditional Turup Chai.

As Sher and I halted to discuss the route back, my pony groaned and made a sudden change of direction. I tried to pacify it, fearing it might run off.  Suddenly, I felt an excruciating pain in my left knee which I realised had been sandwiched between my ride and the hoof of the pony in front! In my travels I have endured toe and knee injuries, chilling fevers and stomach aches but this was a different experience altogether. Luckily, I did not have a fracture.

That evening we did finally make it back to camp, and the next morning under increasing snowfall to Ishkarwaz. Though thoroughly drenched, fatigued and struck by a pony on the knee, the excitement of having seen Karombar Lake coupled with the experience of Wakhan did not die. Still 250 kilometres away from home in Chitral and with cell phone coverage range was over seven hours away, we were waiting to tell the world of the places we had just been to.

To the land of lakes 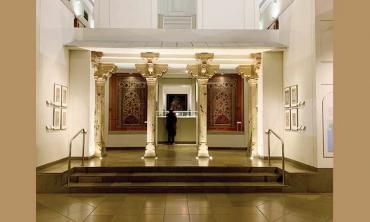