The feel of Ireland

To the land of "one hundred thousand welcomes", to attend the international law summer school for the disabled, where Brexit becomes a concern 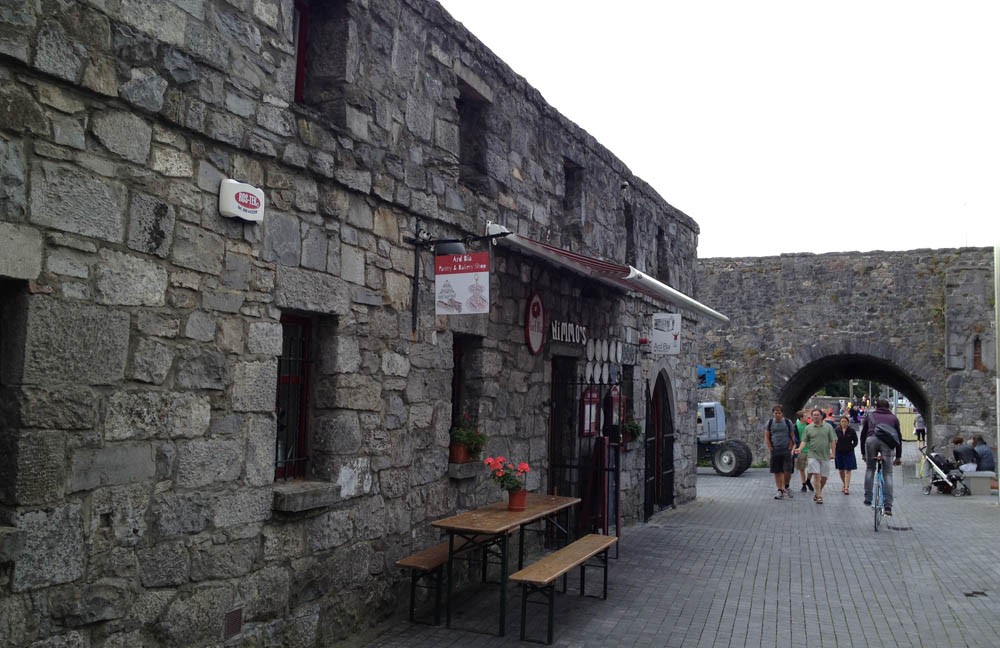 I sit on a sidewalk in Galway with the Spanish Arch behind me, and a thin, tall 25-year-old Irish girl, Kerry Reynolds, who loves Bernie Sanders, hates Brexiteer politicians and is proud of her Irish roots, sits beside me. Seagulls squawk in the background; the sound is so clear that I feel I can touch them.

Despite the persistent chattering of an American tourist with an Irish woman just ten feet from my right, the Guinness-induced laughter of a group of youngsters on the other side of the road and the occasional rumbling of cars somewhere in the distance, the whole ambiance on the evening on the longest day of 2016 has a touch of deep calmness and serenity about it.

The calmness is so pervasive that I can hear the sentence forming in Kerry’s mind and know it before she speaks in a tone reflecting the same serenity, "It is so calm in here".

I started my journey to the land of "one hundred thousand welcomes" in the wee hours of a Sunday morning (June,192016) from the Benazir Bhutto International Airport in Islamabad with a staff member of the airline insisting that I be put in the wheel chair to board the plane.

Almost all airlines have this fixation of putting blind passengers in a wheel chair without thinking that while a blind person may not be able to see, he/she can walk to the plane if provided assistance.

Once, many moons ago, I succumbed to the pressure -- and you could well imagine how a blind man must have felt when dumped in a wheel chair. One wonders why the non-disabled population cannot respect the decisions of the disabled about themselves.

Well, this is exactly why I was Galway bound -- to attend a five-day-long summer school on disability rights.

The 8th International Disability Law Summer School organised by the Centre for Disability Law and Policy of National University of Ireland, Galway involved over 150 academics, politicians and disability rights activists from 47 countries of the world.

Apart from the illuminating discussions on various aspects of disability, what I found truly inspiring was the way disabled Americans were able to break mobility barriers. The very image of the physically disabled abandoning their wheel chairs and crawling on their bellies on the stairs leading to the Congress in their struggle to get rid of access barriers was the seminal moment in the history of disability rights movement in the United States -- as narrated by Senator John Harkins, the moving force behind Americans with Disabilities Act (ADA).

Almost all airlines have this fixation of putting blind passengers in a wheel chair without thinking that while a blind person may not be able to see, he/she can walk to the plane if provided assistance. Once, many moons ago, I succumbed to the pressure -- and you could well imagine how a blind man must have felt when dumped in a wheel chair.

The act epitomised challenges disabled persons encounter on a daily basis and was so intense that it swept away the last resistance to ADA, the legislation that paved way for a barrier-free American society and paved way for it to start respecting the rights of the disabled by making transportation and buildings accessible -- in fact, by removing all access barriers in physical and social environment that hamper their participation in daily human activities.

As this moment was being described by speakers and later shown by a video, I kept thinking that the counterparts of the disabled Americans in Pakistan and elsewhere in developing countries will have to get organised and launch a sustained struggle to remove access barriers.

Speaking of eradicating barriers, Ireland, as the old Irish saying "céad míle fáilte" goes, is definitely a land of "one hundred thousand welcomes". You feel welcomed everywhere you go. My British friend had told me that the Irish are fun-loving people and love to tell stories. Her observation was reinforced from the moment I landed in Dublin and headed towards Galway in a bus.

The woman sitting beside me, who seemed to be in her late 30s and worked in a multinational pharmaceutical company in Galway told me that she was a direct descendant of the pirate Grace O’Malley of the 16th century, who ruled the sea near her fishing village which was one hour drive from Galway. She told me that Grace O’Malley was the most admired and loved pirate of her time, when women used to be head of the family.

Each time I narrated this story to my Irish friends, they would laugh it off. What I found to be truly fascinating and absolutely romantic was what she said about the Claddagh ring. She showed me the one she was wearing and explained that the hands on either side of the ring represent friendship, the crown represents loyalty and the heart represents love. The romantic thing was that if you wear the ring with the heart pointing inwards, it means that you are in a relationship; and if it points outwards, you are not in a relationship. Hers was pointing inwards.

My quest for a Claddagh ring took me to Quay Street in Galway where pigeons and seagulls fly close to you, and Irish street bands sing beautiful folk songs. I wondered whether these were part-time singers who sang in the evening for fun or if they were serious in pursuing singing as a career.

Kerry Reynolds, the young Irish girl, my assistant at the Disability Law summer school was kind enough to take me around in Galway in her spare time. She told me that they took their singing very seriously. She also told me over what were presumably the world’s best French fries that are served only in McDonagh’s in Galway, that Ed Sheeran, the famous Irish singer, used to sing at Key Street… and I wondered whether I had just had the privilege of listening to a future legend.

However, it was during my stay that the Brexit became a reality. A shell-shocked Donna Mcnamara, an Irish PhD student and one of the delegates told me on the morning of June 24 at the breakfast table that the Brexiteers had won and that UK had decided to opt out of the EU.

I was deeply saddened as I did not understand what kind of world the Brexiteers wanted to create for themselves. Definitely not the kind where you would find someone like Kerry Reynolds -- born to Irish parents settled in London -- could after the death of her mother study in Ireland and volunteer for the summer school. Despite fighting Post-traumatic Stress Disorder (PTSD), Kerry had flown back the previous day to the UK to work for persons with mental disabilities after being hugely inspired by one of the delegates with mental disability, Jolijn Santegoeds, from the Netherlands, who defied all odds and come out of solitary confinement from an institution for the mentally disabled.

Nor is the post-Brexit world one where a visually-impaired Brendon could freely take a four-hour bus ride from his hometown near Belfast to spend an evening in Dublin drinking glasses of Guinness with a friend from Pakistan whom he met six years ago on a poker website for the blind; and discuss with a Danish, Stefan (working for Christian Blind Mission), the plight of the blind in Congo and Zambia.

Naturally, the question that loomed large throughout the evening was whether Northern Ireland will remain a part of the UK or would it ultimately unify with the Republic of Ireland.

The feel of Ireland