More than a barren wasteland

A handful of international shows serve as proof that television can be challenging, educating and entertaining, all at the same time. Then why have we relegated it to a wasteland? 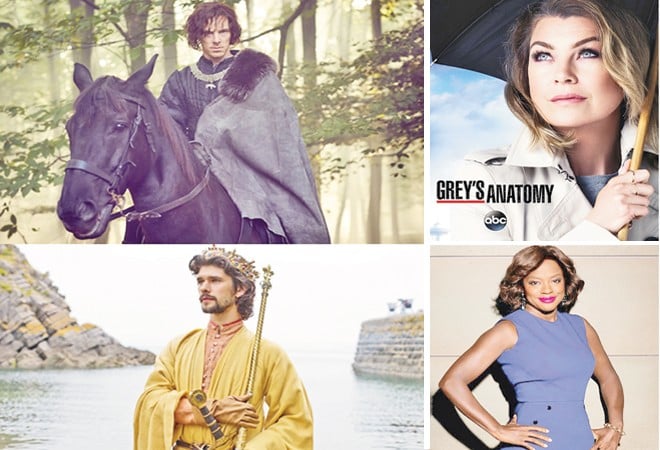 In a country like Pakistan, with its fair share of problems, both visible and invisible, people often unwind after a long day by watching television. These days, it’s Mann Mayal and Dillagi that has caught the nation’s fancy. Before that it was Sadqay Tumharay or Humsafar - shows that made their stars household names and new-age superstars.

With the birth of Zee Zindagi and the growing popularity of Pakistani television serials across the border, the belief within the industry, it seems, is that Pakistani dramas are not only superior to their Indian counterparts but that they actually qualify as quality entertainment. And though that may hold true in terms of ratings, most of these drama serials tend to play up stereotypes. Ask any actor worth his salt and they will give you one answer: regressive television sells. It generates viewership and appeals to the masses.

Let’s assume for the sake of this piece, this is one hundred per cent accurate. So, what’s the solution? The answer, however, is not binary and can’t simply be summed up with a yes or no. The problem runs much deeper.

Television in Pakistan entertains in a one-dimensional fashion: weeping willows and tragedy that is never fully explored and is skin-deep. There are no layers. But living in a borderless digital world and being exposed to content from world over, it is obvious that television can be so much more than a barren wasteland.

It can engage, it can challenge, it can be inventive but for any of those things to happen, you have to look at it from a different perspective, one that is drenched in the conviction that television can educate its audience without condescension.

With these factors in mind, Instep looks at a handful of international shows that not only entertain but push the envelope in a manner that educates and makes you more curious about the capacity of man.

Our story begins in the UK where the works of William Shakespeare, a literature giant like no other, have been brought to life by PBS in a series called The Hollow Crown. The first part of the series, launched in 2012, consisted of some of the Bard’s most famous plays (Richard II, Henry IV parts 1 and 2, and Henry V) and was anchored by incredible actors like Jeremy Irons, Ben Whishaw, Tom Hiddleston,  Michelle Dockery and Rory Kinnear. The ongoing second season of the series, Hollow Crown (War of the Roses) made its debut earlier this year and features Sherlock stars Benedict Cumberbatch, Andrew Scott,  as well as dame Judi Dench and Hugh Bonneville, in lead roles.

Having seen the first series, I must mention that the show stays true to its source material. This means that the state of the English language seen originally in Shakespeare’s work is used. Iambic pentameter is resurrected and as you watch the show, you realise that the creators of the show didn’t twist the language around to make it more palatable for a younger audience.

Ben Whishaw’s terrifying and terrific portrayal of King Richard is a landmark performance that will always come under discussion anytime someone looks for a worthwhile adaptation of Shakespeare’s works.

Hollow Crown is not just the story of a Monarchy but an intelligent exploration of political power, the seduction and psychopathy that lies behind power, the question of identity, and the pull of the throne. As Richard, brought to life by Ben Whishaw, banishes both his cousins in the opening episode after calling off a duel, his careless demeanour and disinterested decisions as a leader makes you cringe and wonder.

The stories of great and vile men, who are both noble and difficult to accept as heroes makes the Hollow Crown a show that not only merits a view but one that demands several revisits to truly understand its many layers.

Moving away from the Monarchy, our second case study is the Shonda Rhimes series, How to Get Away with Murder. While the show, fast-paced and quick-witted like all Rhimes productions looks like a law-driven series, full of thrilling moments and a murderous group of students, it goes beyond. Look closer and the show is actually about deeply flawed individuals who are tainted and complex. They live in greyscale and invite you to explore the same.

Take for example, the second season of this particular series when the show’s lead star, Viola Davis, whose portrayal of Professor Annalise Keating is not just memorable but very human, heads home back South after things continue to fall apart in her professional and personal life.

During that quiet, slow-burning episode, we learn about Keating’s loss of a child and the long shadow of grief that she’s been carrying around. In a show driven by shocking moments, this particular episode not only showcased Davis’ versatility as an actor but also made one understand why she is the way she is. It’s a heartbreaking performance, one that says so much about the unspeakable grief of losing a child without saying too much. However, the show doesn’t feature Davis in an endless loop of trauma. It presents this subplot in a delicate fashion and helps us in exploring the motivations that drive each and every character.

The third example comes from a show called Law and Order: Special Victims Unit, an American crime-legal procedural drama that is often credited with creating awareness about the subjects it tackles.

Anchored by Mariska Hargitay, the long-running series is based around the issues of sexual violence and consent within the parameters of the show. And though it makes for difficult, almost physically painful watch if you follow it consistently, the show, according to a study published in Journal of Health Communication is educating its many viewers about rape.

Step outside of the crime-procedural genre and there are plenty of shows that have the potential to make you a more empathic person. Case in point: the ongoing season of Grey’s Anatomy. The show is in its twelfth season which means audience fatigue can set in and yet the show is seeing resurgence in its ratings like never before. Why?  Because the quality of the stories and the narrative that drives the plot is human, relatable and continues to explore the many dimensions of the human psyche and the personal evolution that comes with time.

This season’s landmark episode took place when the show’s main titular character, Meredith Grey (Ellen Pompeo) is beaten to an inch of her life by a patient. As Meredith’s character is treated by doctors who double as her family, the sound is omitted. We learn to see the world from Meredith’s eyes and she has lost the ability to hear. The silence is deafening and effective as you wonder for a brief moment what life would be like in silence. The entire episode, as Meredith struggles to hear a single word, we are told never to diminish or downplay the importance of speaking. Speak your mind, raise your hand, make yourself heard, you have a voice, use it.

Of course, none of these shows are condescending nor do they treat the viewers as unintelligible beings. The themes they explore are central to both culture and identity. This is smart writing that keeps up with the times but does so without a bias. The ethnic and cultural representation is also not to be dismissed. While Hollywood continues with its obsession with superheroes, it’s television that is driving home the point that being different is not a bad thing. Ultimately, it’s about challenging your own ideals, of what it means to be human and what it means to live in the grey.

Perhaps more closer to home is the Shah Rukh Khan film, Fan which also drives this point home very well. At the twilight of his career, Khan has worked in a film that features no item songs or any songs for that matter and doesn’t use female actors as props (ala Dhoom 3). It is a film that tackles the nexus of obsession and celebrity in the modern age.  And though Fan has its share of flaws, the film is a courageous example because it goes beyond the traditional song-and-dance routine that drives a film’s publicity and box office potential.

In the end, the argument isn’t that regressive narrative doesn’t sell. The real argument is the amount of damage done by such content.

More than a barren wasteland