The indigenisation of FC College

Tracing the circumstances in which the first Indian principal of Forman Christian College, Dr Datta, was appointed in 1932 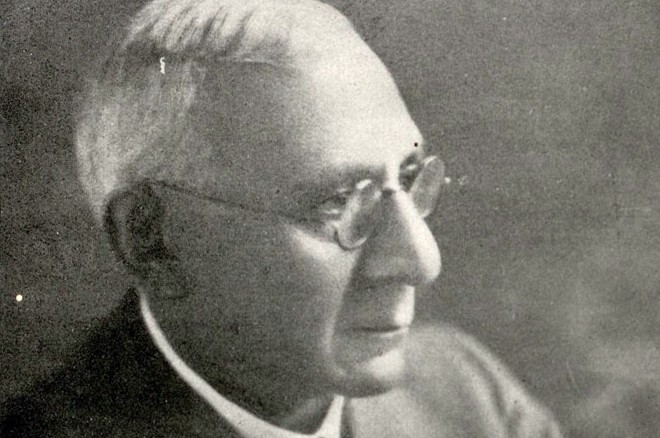 This week the Forman Christian College celebrated its Founders Day -- the birthday of the Rev’d Charles W. Forman on March 3. While the American Presbyterian Church has always owned this historical institution, its principals were not always American.

In fact, in the 1920s and 1930s a concerted effort was made at ‘indigenisation’ in the college, so that local leadership might be nurtured and developed. It was thought then that while the American Presbyterians might have brought the Christian faith to the region, and might have been technologically and academically advanced initially, the real ‘success’ of the mission was when the leadership passed from foreign to local hands. This short article, taken from the longer book on the history of the Forman Christian College, therefore, traces the circumstances in which the first Indian principal of Forman Christian College was appointed in 1932.

After Sir James Ewing resigned in 1917, efforts were made to appoint an Indian Christian as the principal. The choice candidate at that time was Dr Surendra Kumar Datta, a distinguished alumnus of the college who at the time was the general secretary of the Indian Young Men Christian Association [YMCA]. However, at that time Dr Datta declined to accept the position. Thereafter, after the lapse of more than a decade in 1931, the board of the college again wrote to Dr Datta, requesting him to take up the responsibilities of principal at Forman Christian College.

Thereafter in November 1931, Dr Velte, Secretary of the India Council of the Punjab, North India, and Western Missions of the Presbyterian Church in the USA, wrote to Dr Datta in November 1931, "At the conference of the Lindsay Commission with the Board of Directors, the question of the Indianisation of the staff was discussed at length. Some members of staff, believing this to be an unusual opportunity, which ought not to be missed, came to you and enquired whether you would now look favourably on such an offer, were it repeated."

Dr Velte was very keen that Datta come back to the college as principal and did his utmost to convince him. He continued the letter, "I wish, first of all, to assure you that it is the desire, practically, of every member of the Board as well as of the whole college staff, both Indian and Foreign, and of all your friends in Lahore, that you should come back to the College, of which you are an alumnus, where you served so successfully and happily as a teacher, for a number of years, under the leadership of Dr Ewing and which I know you greatly love; and we want you now to come back not as a teacher but as the head of the college, guiding and directing all its affairs in cooperation with a large and most efficient staff. Your presence is needed at this very critical time in India’s history and we believe that you will be able to do great things for us, to carry us through what may be a very difficult period and to lead the college on to still greater and better things than it has been in the past."

All this persuasion worked on the ‘Doc’ -- as Dr Datta was known to friends -- and he accepted the position of principal of Forman Christian College from November, 1932.

Dr Datta was inducted as the first Indian Principal of Forman Christian College by the President of the Board of Directors on November 2, 1932. The occasion was distinguished by speeches by Sir Abdul Qadir, an eminent barrister and the president of the Alumni Association; Rev. Dr. John McKenzie, Vice Chancellor of the Bombay University, and the Rev. Dr. Charles Herbert Rice, Principal of the Allahabad Christian College. Dr H.C. Velte, President of the Board of Directors, in his address, underscored the importance of the occasion since it heralded a new era in the history of the college.

Dr Velte said: "We are about to witness and take part in a unique, interesting and very important function…This day marks a new beginning in the history of Forman Christian College. For nearly half a century the principalship has remained in the hands of men who came from a foreign land; it has now been transferred to Indian hands. True, these Americans, Forman, Ewing and Lucas, identified themselves with the people of this land fully and wholeheartedly; you came to think of them as one with you, as belonging to you. Nevertheless, they were yours only by adoption, not by birth. Now one of you, one of the sons of India, is to occupy this honoured and responsible place. With this event, the College enters upon a new era, and for this reason it is most fitting that it should be marked with an appropriate ceremony."

Dr Velte went on to quote Dr Datta himself in a letter to a colleague where he recalled his illustrious predecessor, Dr Ewing. Velte quoted: "Remember Dr Ewing’s example. He always trusted his colleagues and his students, and he was loyal to them. Therein lay the secret of his greatness and his success. He knew their failings and their shortcomings, and he knew how to deal with them too…’"Dr Velte assured Dr Datta of the loyalty of the board and staff and trusted that Dr Datta will certainly follow the example of his predecessor.

At the induction, Dr Rice, who was to succeed Dr Datta in 1942 as principal also spoke of the singularity of the occasion and of the cooperation between his college and Forman Christian College. He said: "One of the greatest services a College can render is to produce men who may be counted upon to do the work of the world and also to maintain and promote in loyalty to its message and its tradition, the work of the College itself. It is always a sign of great vitality when an institution can turn to one of its own old boys and draw him out of a world that is clamouring for his services to preside over its own destinies…"

With Dr Datta, the college also entered a phase where the principal was politically connected and active. Just a year ago, he had been a delegate at the Second Round Table Conference in London, and was at the forefront of safeguarding the interest of Indian Christians in the proposed constitutional reforms. In his Christmas message in the college magazine in December 1932, Dr Datta hoped that while all sections of the society will be affected by the upcoming political and constitutional decisions, they could give to religion a new meaning as the source of all those impulses which unite men rather than divide them, as the inspiration of lives which help rather than hinder, which sympathise rather than misunderstand."

As the first Indian principal of one the premier colleges of northern India, Dr Datta as the head of an institution with over one thousand students of all races and creeds, certainly had his work cut out for himself.

The indigenisation of FC College