Security expert and director Pakistan Institute of Peace Studies, Muhammad Amir Rana talks about the current threats to security after an increase in the activities of ISIS around the world 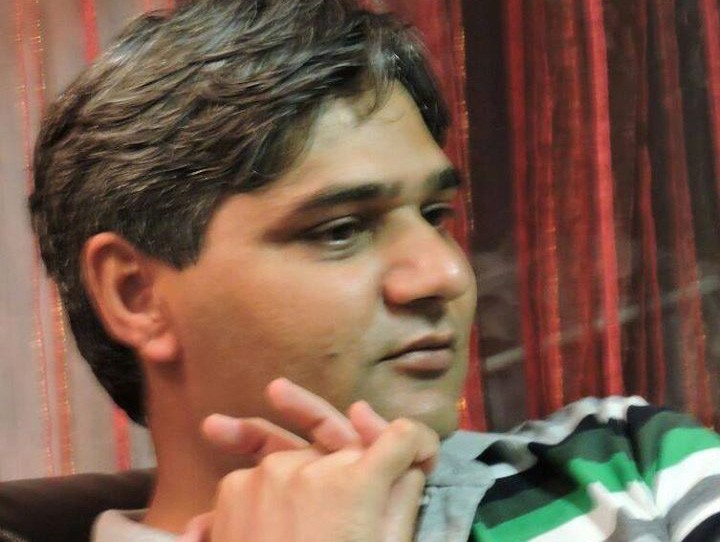 Muhammad Amir Rana is Director Pakistan Institute of Peace Studies since 2005. He is a prominent security expert who covers strategic issues related to security and terrorism in Pakistan. Here, he talks about the current threats to security after an increase in the activities of ISIS around the world.

The News on Sunday (TNS): In the aftermath of the Paris attack, how do you interpret extremism and what are the major causes for its rise in contemporary times? How do you see the emergence of ISIS in the world and the future of Taliban and al-Qaeda in our region?

Muhammad Amir Rana (MAR): Terrorist movements have passed through many transformations during the last one decade. These groups are in continuous evolution. Transformations and ideological purifications among terrorist groups usually entail a process of abrasion, which sometime goes deep, but should not be regarded as destruction. On the other hand, the counter terrorism responses are not compatible with the level of challenge.

The ISIS influence on militant groups in Pakistan and Afghanistan is a huge challenge. The militant groups which were not happy with the al-Qaeda’s operational strategies are more inspired by the ISIS. It was perhaps the main reason behind the establishment of the al-Qaeda chapter in South Asia. Also, the ISIS factor will have an impact on the Afghan Taliban.

TNS: In the wake of the National Action Plan, the government still seems confused about how to deal with the banned militant organisations. Take the most recent notification by Pemra to ban the coverage of FIF, JuD and LeT. Is the government using these extremist groups to counter/match the existence of ultranationalist groups in India?

MAR: We need to understand that extremism cannot be countered through extremism. I’m not sure whether the state conceive extremism as a threat, as their focus remains on countering terrorism. It is difficult for them to understand that their proxies would go out of control. This perception is creating a problem, and many in the state institutions do not consider them a problem at all. The state and its security apparatus are not willing to believe that non-state actors are strong enough to challenge the state.

There is a wave of ultranationalism in India but do we really need to counter or balance the ultranationalist or extremist forces back in Pakistan. We are not in competition for extremism and we should not be. This is a completely different perspective.

Members of the Afghan Taliban, who have weak nationalist tendencies and are more inclined towards a ‘purified’ ideological goal, could initiate such a debate in the group’s ranks.

We have seen that the proxies become independent with time and they start controlling the masters. This is a very important lesson we’ve learnt in the last three decades. The proxies need hate narratives and they create more hate narrative while absorbing some tendencies. We’ve seen that hate narrative in Pakistan is becoming more sectarian. It indicates you cannot control the narrative of the proxies. These proxies were created to balance some nations or they had different nationalist objectives, but gradually these proxies detached from the nationalist objectives and created and evolved their own sectarian narrative.

TNS: Has the government, in your opinion, devised an effective strategy in dealing with the extremist organisations - from registering them to monitoring their activities? What can the government do to neutralise the militant tendencies common among the proscribed groups? More importantly, does the government have a complete list of banned organisations?

MAR: The government devised the National Action Plan (NAP) to present a counter terrorism strategy. Before NAP, we had responses from different law enforcement agencies (LEAs) but they were not proactive in a broader policy or strategy. When NAP was launched, we saw a lot of enthusiasm among the LEAs and the government and they showed some progress too, especially on the hate speech front. The government in Punjab and KP arrested many clerics found guilty of hate speeches. They managed search-based operations and they arrested many terrorists who were involved in sectarian killings in Pakistan. These provinces established a Quick Response Force.

Roughly about 20 to 25 per cent of NAP is being implemented while 75 to 80 per cent is ignored. So far, the progress has not been satisfactory. Nacta is still not functional. The government had promised to bring reform in the madrassah sector as well but no progress as such has been reported. Even, the registration of madaris is still pending. Though they claim that they did geo-mapping of madaris in Sindh or Karachi, but other regions are still waiting.

In times of pressure, the police seal offices of the banned organisations, and after some time, when the pressure is relieved, these groups restart their normal operations. At the most, they change their names. Basically, this is a fire fighting approach. Even after NAP, it’s the same story.

There is a new controversy about the list of banned organisations. A notification issued by the previous government declared 73 organisations as proscribed, but the current government is not clear about its status. Initially, they say there are 60 to 63 and the interior minister announced that a list has been compiled and it will be shared. But till date no one knows which organisations are banned.

There was need for a broader counter extremism balance. We were hoping that the government would bring in a counter terrorism framework but they are not even ready to conceive extremism as a major problem. Their focus is on counter insurgency. The problem is the government’s faulty perception.

TNS: Maulana Abdul Aziz of Lal Masjid has vowed to continue his movement for the establishment of Sharia Law in the country, despite the undertakings he gave to the administration in August to observe the restrictions put on his movements under the Anti-Terrorism Act 1997. How do you view this development? Can the government afford to let such activities go unchecked?

MAR: The government should not allow such activities. This is critical especially after regional and global developments. Daesh is gaining some strength in Afghanistan, which is encouraging those forces or people who are inspired by Daesh in Pakistan too. This is the time when the government needs to be clear on how to counter such activities.

The government has again miscalculated the risk. This can cause a big threat, like the Lal Masjid cleric is trying to restructure his movement after drawing inspiration from Daesh. This needs to be controlled. The government has tools to control it with. There are many cases registered against him. Are they waiting for something big to happen? His activities must be checked immediately.

TNS: From insecurity and sectarian violence to education and social transformation of society, the madrassah sector poses innumerable challenges to the political and security establishment in Pakistan. Does the government have a vision, policy or strategy to deal with those imparting madrassah education, especially since the announcement of the National Action Plan?

MAR: The government is clueless about madrasah reforms. Madrassahs pose three major challenges: First is security, where they are part of militant organisations; second is related with the education sector (madrassahs meet more than 9 per cent of education needs in Pakistan); and third pertains to the creation of human resources not compatible with our social structure. These are immediate challenges to the state.

For the security part, the government has tried to take actions, like operations against militant actors in Punjab, KP and Karachi. But they are not taking risks or expanding operations above a certain point because of fear of reaction.

The curriculum and education is also the responsibility of the provincial governments. And no province is ready to assume this job. The interior ministry is trying to reform the madrassahs. But they only see madrassahs in the security perspective.

I would say that they did take some steps but not to the level which can reduce the security threats.

TNS: Has the government been able to check the registration of madaris and control jihadi literature?

MAR: The government has not been able to check the registration of madaris as yet. This is an essential function of the government promised in the NAP.

We can talk about the capacity gaps of police and LEAs. These gaps can be filled through proper training. But, no such effort is being made. That’s the reason why we see this radical literature still available in different parts of the country. This shouldn’t be the situation.

TNS: How do you see the role of media in countering radicalisation and extremism?

MAR: Media has a very important role in shaping people’s opinion. One good thing that has happened recently in media is not giving space to radical voices. The space for pro-extremist mindset has gradually shrunk and we have seen its impact. I find that civil society and media has shown resilience and all support in the implementation of NAP which is itself a historical moment. I find it to be one aspect of success of the NAP.

TNS: In Pakistan, what is the real challenge to peace?