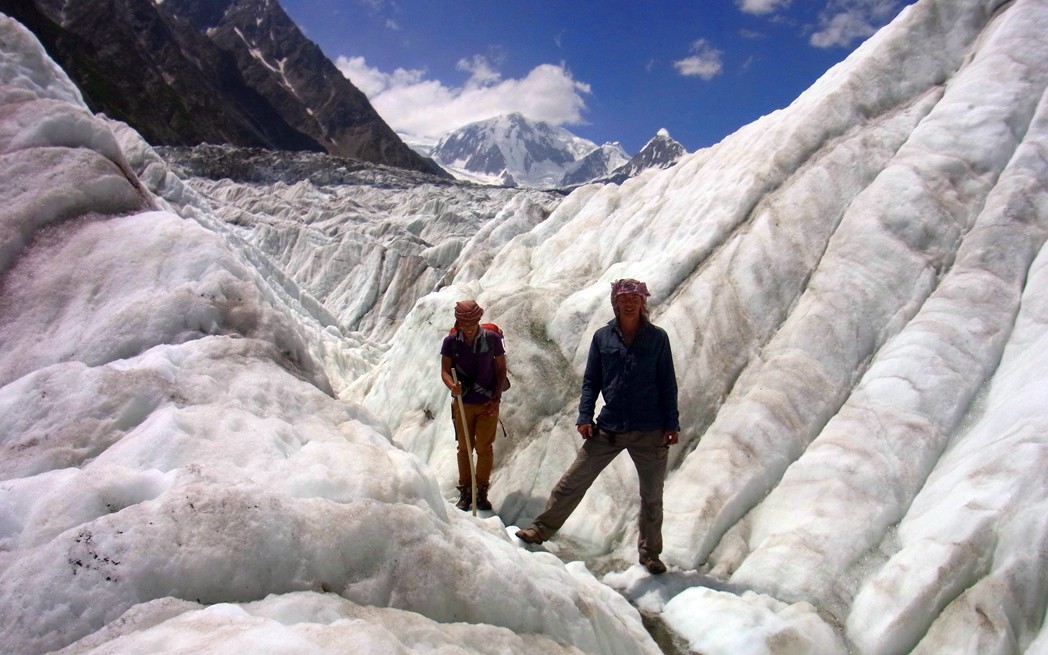 After years of waiting, tourists are finally back in Gilgit-Baltistan. Pakistanis are just starting to discover their own country during the three months of summer. Most hotels remain empty rest of the year.

But there is a solution -- a special Gilgit Baltistan visa for angrez (white men and women).

There were only a handful of tourists in Karimabad in the summer of 2012 -- mostly foreign backpackers who thought even Rs200 a room per night too expensive. This year after Eid-al-Fitr, many domestic tourists from Punjab had to sleep in their cars or on the roadside -- when even the Rs200 a room per night had been sold out at Rs6000 per night.

But not all Hunza people change from angels to Murree-style businessmen overnight - a lot of travellers from Punjab told me that they got refuge at affordable rates or even for free in nearby villages.

I am hopeful that the Karimabad people will find a compromise between humanity and the free-market next summer season.

After 9/11, it took five years for foreign tourists to return to Gilgit Baltistan. But after 2010, due to the Raymond Davis incident, the Pakistani government started to make things difficult for foreign tourists. Today, while only a few angrez travellers are willing to fly from tourist hubs like India, Nepal or Thailand back to their home countries, because  getting all the paperwork done to come to Pakistan is a tedious job.

Among the few reluctant tourists who find their way into Pakistan was an American biker whom I met in Gojal. He had arrived from India and after some days in Lahore was heading to Khunjerab. The police stopped him in Manshera, and told him the journey was dangerous and that he must get special permission from the embassy in Islamabad.

When he approached the US Embassy in Islamabad, he was warned against the dangers of travelling to the North. He was told to take a plane to China.

The American biker, however, went ahead anyway and met a different policeman in Manshera this time, who warned him against the dangerous local people but let him continue his journey. But, at every resting place, the locals would welcome him wholeheartedly and at the next checkpoint, the police would warn him about the dangerous locals. The American was quite confused.

But one has to understand the view of the government too. The news of an angrez kidnapped or killed in Pakistan would go around the world. But one month ago the new Chief Minister of Gilgit Baltistan, Hafeezur Rehman, gave an encouraging statement when he said: "When you in the South don’t want tourists, it’s okay, but we need them in the North."

Perhaps, a bus tour starting to and from Gilgit to Islamabad and Lahore would be a good idea. But please, don’t let your guests pay for the security. Unfortunate practices like these are already widespread. When the population in Pakistan has already understood that every foreign guest is something like an ambassador who can spread the news about "the real Pakistan" to his/her home country, the government should make some effort too. In future, the government could extend the Gilgit Baltistan visa to Swat or Naran and use this to show the world that its efforts to make Pakistan safer have been a success.

Of course, this is only a suggestion underpinned by the hope that something is started to promote Pakistan -- to promote the real picture of this country -- not just magnificent white mountains but stories like this too.

A Frenchman was travelling in Balochistan when some men on the highway stopped the bus he was sitting in. Their weapons ready, the bandits went from passenger to passenger and took their belongings from them. When one of the robbers got to the scared Frenchman he hesitated and asked him: "Are you an angrez?", whereupon he nodded his head. With a slightly embarrassed smile the bandit lowered his weapon, spread his arms and said: "Welcome to Pakistan".

Then, leaving the guest alone, he continued his work.