The bold arrow of time 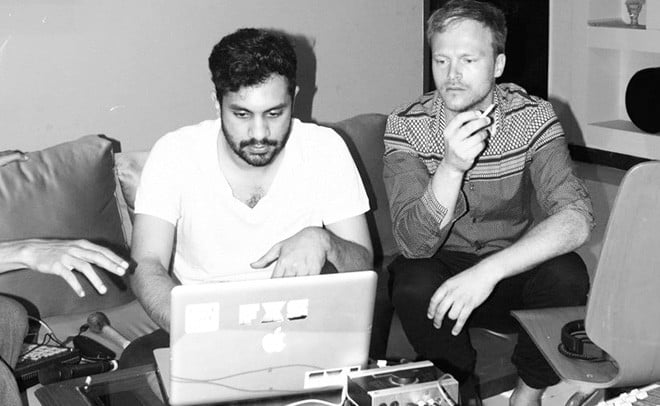 Bilal Nasir Khan is taller than I remember. Dressed in a grey t-shirt and a pair of track-pants, he looks casual and relaxed.

In music circles, Bilal goes by another name: Rudoh, an alias under which he produces electronic music and regularly plays shows across Karachi as well as foreign shores.

He is also the co-founder of Forever South (FXS), an independent musical collective, based out of Karachi that features a diverse range of brilliant, underrated indie artists like Tollcrane, TMPST to name just a few.

Since graduating with a degree in audio engineering from a London university, Bilal has played shows across the USA, Berlin, and Sri Lanka and is constantly working and releasing more music through his label.

In April ‘15, FXS released an all-star compilation album featuring quality work from some of its best artists.

That’s quite a roster, but, despite the accomplishments, Bilal is, without question, grounded.

In person, Bilal is intelligent and kind, and has a sense of humour.

In this interview with Instep, Bilal talks about playing music in Karachi, Mole, touring and much more…

Instep: So, how did Mole happen?

BNK: Mole actually started off with Danial and Ziyad and this guy called Kumail Murtaza. I was around but I wasn’t a close friend and they had this band called Lithium and then it broke into this thing called Mole, which is what Mole actually meant: Members of Lithium (Mole).

Faizan (Riedinger) joined the band and I met these guys through Faizan.  I wasn’t into making music when they recorded the album, We’re Always Home.

Instep: And how old were you?

BNK: I think 15 or 16 years. After O’ Levels, Ziyad, Amman, Abdullah and I, all four of us left to go to college. Shahalam also left. While we were gone, Faizan and Danial started //orangenoise with Talha Asim and Daniel. A. Panjwaaney.

And then, Mole and //orangenoise used to jam together. It was intense, it was just music everywhere. We would come back for holidays while these guys continued to do their thing here.

Instep: And then Coke Studio happened…

BNK: Me, Ziyad and Abdullah - the three of us took a semester off to do Coke Studio.

Instep: How was it playing on Coke Studio?

BNK: It was great. Gumby was funny, Zeeshan Parwez, Zoe, every one of these guys was great. We met Naseer sahib (Ustaad Naseeruddin Saami), he’s really cool.

Instep: You’re also the co-founder of Forever South (FXS), the indie music label and you release music and play shows regularly. How do you manage it?

BNK: I think, as artists, everyone wants to put out good quality work, release as much music and then find avenues to perform abroad because they’re more receptive to this kind of music.

Over here, it pays very little. We’re usually running at a loss when we’re doing a show. I remember this one show that Dynoman did at Beach Luxury and it cost him close to 60,000 rupees.

Instep: You traveled to the USA in 2015. What was the tour like?

BNK: One of my friends told me about this U.S embassy funded program called the "Dosti Music Project". It was a 4-week long cultural exchange program between India, Pakistan, and the US. The chosen musicians from these three countries were called together to record and perform music in three different states in the US.

I remember applying for the program an hour before its deadline. All I can say is that it was the smartest move I could’ve made in 2015.

The experience as a whole was a life changing process. Most of the participants were classical musicians, and it was a real treat working with them. The learning process itself was so great I didn’t even have time to fathom that I had just found a new family, a group of friends that will last forever.

The program started of with a two-week residency at an artist retreat in New Smyrna Beach, Florida called ACA. I kept making music and including whomever was willing to play on my tracks. I played and recorded with everyone who was involved, but I thoroughly enjoyed working with the Sarangi player. His name was Zohaib Hassan, an absolute legend when it comes to the Sarangi. I mostly spent time recording with him, our percussionist (Qamar Hassan) and the super talented Tatiana Hargreaves on the Fiddle. I ended up making enough music to showcase in the compilation that will be released soon, and some to release as my own personal EP/album. It was an honor working with such talented individuals.

After the 2 weeks residency we moved on to New Orleans.  Music was all around in New Orleans, every street, every nook and cranny of that city was full of soul and music. After New Orleans, we ended up in Pozo Hondo, a state of the art recording facility and ranch located in the middle of Houston and Austin. Most of our final recordings and sessions took place over there.

The gigs were a whole other part of the project. It’s a big chunk that needs a mention of its own. Not only did we make loads of music and built a vocabulary for different genres and styles of music, we played a lot of shows.

I also remember not playing one of the shows because I had fallen sick.

Our show at Snug Harbour and SXSW in Austin were the best for me. I even ended up playing a set at a Japanese bar called Yuki that was the most fun. Everything aside Dosti music project, my utmost enlightening experience was getting to know the members behind Found Sound Nation, the people who organized and hosted Dosti. Not only are they amazing musicians, they are beautiful and humble people that taught me a lot. I can only hope to be as inspiring and great as them.

BNK: Sri Lanka was another incredible experience. I went there last year with Dynoman. We were invited to play at a show called Pettah Interchange. The third one is happening this year in August. I would urge all Pakistanis to try attending this show. Flights aren’t that expensive and no visa issues. It’s the most out there and rocking party I’ve experienced in the sub-continent. They had artist come in from everywhere, there were crews from Sri Lanka, Berlin, Maldives, Bangladesh and Pakistan. The best way to explain what Pettah is to compare it to Saddar in Karachi, the place is full of shops for electronic goods and loads of places that are completely vacant.

The organisers for the show who also go by the name Jambutek Recordings look for abandoned spots in Pettah and throw parties there. The first one was in a abandoned market place and the one we attended was at the Rio Cinema. The show was something out of this world. There were visual installation setups everywhere. There were two stages with different performers and set times. The whole cinema was packed with people. Around 3000 showed up that night.

The bold arrow of time

Flash Your Style! Trending this week