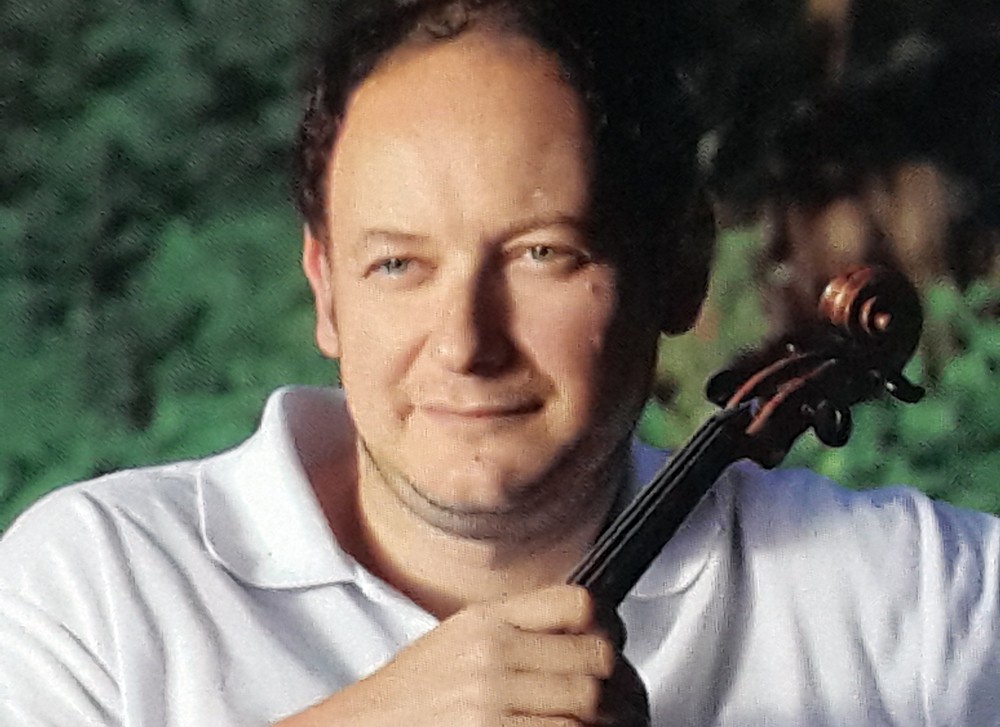 A violin concert by Vadim Tchijik was held under the auspices of Alliance Francaise in Lahore, last week.

In South India, or in the Carnatic system of music, violin is used as an accompanying instrument in the classical concerts. Actually, there is no concept of a vocal rendition without the accompaniment of violin in that part of the subcontinent.

Sarangi played a certain role as adding another parallel melodic line in North Indian music -- and so does violin in Carnatic music.

As it is concert of classical western music are rare and getting rarer in the country. One’s exposure to the tone is rather limited and the ear is becoming unfamiliar to the sound of violin. It is only in cultural bodies belonging to the European countries that a concert or two are held and live sound is heard by the audiences. Otherwise, it is all recorded sound and that too much mediated by the various technological devices.

Most of the music that one is familiar with has been of the high classical era and all experiments and developments that have followed in that specialised field are what we are unfamiliar with. When concerts of music are held here it is our ignorance and unfamiliarity that stands in the way of any true appreciation of it.

It is merely a formality and nice manners that sees one through such concerts rather than real understanding and appreciation.

J.S. Bach and N. Paganini were the two composers whose names were familiar, while of E.Ysaye and F. Kreisler were not known, and one wonders how many people in the country would be familiar with them and their music. Even in the case of Bach and Paganini only their names or some of their pieces are known, that too academically. The whole oeuvre is not familiar to most of us.

Vadim Tchijik studied violin from the age of six at the famous Tchaikovsky Music School in Moscow and then completed his post-graduate studies from High Conservatory of Music in Cologne. Currently, he is the artistic director of the International Music Festival in Hyeres and also professor of violin in Tolouse Conservatory and gives Masters classes in Europe, South America and Asia. He is founder and director of string ensemble Les Virtuoses and director of the competition for strings Les Virtuoses du Coeur.

J.S. Bach considered the father of European classical music in the post-renaissance era in his later life was stimulated by the Italian style with which he came into contact and transcribed several Vivaldi concertos as clavier concertos fortifying the counterpoint and often writing out ornamentations in full. He also wrote a string of violin and keyboard concertos of his own. He fully developed the fugue as in the flight from one melodic line to the other many contrapuntal pieces were added. He exploited the complex possibilities of these interweaving linear patterns.

N. Paganini’s compositions were technically imaginative, and the timbre of the instrument was greatly expanded as a result of these works. Sounds of different musical instruments and animals were often imitated. One such composition was titled ‘The Spanish Dance’, which featured a series of humorous imitations of farm animals. Even more outrageous was a solo piece ‘Duetto Amoroso’ in which the sighs and groans of lovers were intimately depicted on violin.

However, his works were criticised for lacking characteristics of true polyphonism, and it is suggested that this might have been the result of his reliance on guitar, in lieu of piano as an aid in composition. The orchestral parts for his concertos were often polite, unadventurous, and clearly supportive of the soloist.

Eugene Ysaÿe possessed a large and flexible tone, influenced by a considerable variety of vibrato -- from no vibrato at all to very intense.

Possibly the most distinctive feature of Ysaÿe’s interpretations was his masterful rubato. He stole time from one note, he faithfully paid it back within four bars, allowing his accompanist to maintain strict tempo under his free cantilena. Incidentally, this kind of rubato fits the description of Chopin’s rubato.

Fritz Kreisler, an Austrian violist and composer, developed a tone and bowing technique which were the envy of his rivals and an eloquence which cast new light on the standard work in the repertoire.

One purpose of holding such concerts is to make the unfamiliar familiar. At least it should arouse sufficient level of curiosity to make the effort to know more about the music, the composer and the player and what made and caused such music to happen. It can make our understanding a little wider and increase our knowledge about the latest developments in the field of music in the world.