The last of his generation

A veteran of the IPTA, S.M. Mehdi was among the guiding lights of experimental and purposive theatre in India 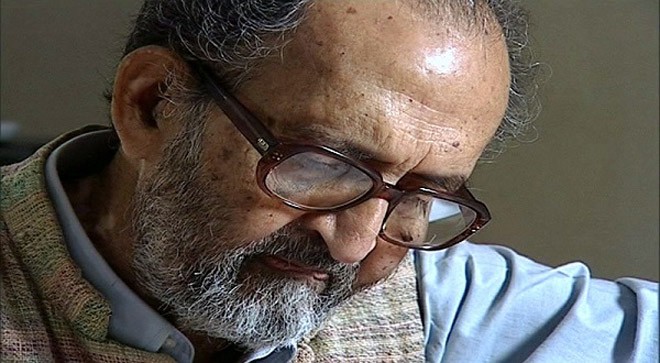 Radical Urdu playwright S.M. Mehdi, who has passed away aged 92, was the last of his generation -- urbane man of letters, public intellectual, skilful raconteur, unrepentant Marxist. A veteran of the Indian People’s Theatre Association, he was among the guiding lights of experimental and purposive theatre in the country.

For a man as cultured, as erudite and as steeped in idiom as Mehdi, the stage was a platform for both instruction and pleasure. His technique, though admittedly Brechtian, can be said to have drawn inspiration from a variety of traditions, including the oral episodic narrative of Tulsidas and what he himself described as the "one-man theatre" of Mir Babar Ali Anis.

Mehdi’s contributions to the theatre (original plays, adaptations, translations) number in the dozens; and these, along with scattered verse; screenplays; scores of articles and reviews dating from the 1940s to the 2000s; pamphlets; book-length translations of both fiction and non-fiction, all remain at present uncollected.

The scion of a landed family of Barabanki in eastern Uttar Pradesh, Mehdi spent his childhood in the care of uncles, receiving his early and traditional education at Mustafabad and in Bhopal. He would go on to attend Christ Church College, Kanpur, where he took his B.A. in 1939, all the while immersing himself in communist politics and student activism. For the next several years Mehdi read political science and law at Lucknow, then in the throes of intellectual and literary ferment.

Like many of his generation and background, he was drawn to the widely influential All-India Progressive Writers’ Movement, of which he was at the time of his death doyen.

In 1946, Mehdi shifted to Bombay, joining the editorial staff of the Communist Party of India’s Urdu weekly, Naya Zamana. There he rubbed shoulders with the literary and cultural avant-garde of his time. It was also during this period that Mehdi co-edited with Kaifi Azmi two further weeklies, Mahaz and Tahrik, as well as ‘Ilm-o danish, a journal devoted to theoretical Marxism.

It was during this period that Mehdi co-edited with Kaifi Azmi two further weeklies, Mahaz and Tahrik, as well as Ilm-o danish, a journal devoted to theoretical Marxism.

By the early 1950s, Mehdi was an up-and-coming journalist, literary critic, and translator, based for a considerable stint in Hyderabad, where he edited the Urdu daily Payam, and later Avam. As in the past, theatre in newly independent India presented itself as the most immediate, the most political of the arts. Mehdi immersed himself in the dramatic form, and as he would continue to do throughout his career, he turned to literary history -- that of Urdu, in particular -- for his source material.

In 1956, Mehdi settled himself in Delhi, where he would remain for the next two decades. These proved to be his most productive years as playwright, and he would have the opportunity to work with several of the leading theatre personalities of his day. Ghalib kaun hai, staged by Sheila Bhatia’s Delhi Art Theatre around the poet’s death centenary in 1969, was followed by such well-received productions as Ghalib ke uren ge purze; Munni Ba’i Hijab (on one of Dagh Dehlvi’s paramours); Jan-e Ghazal (a dramatic history of the eponymous poetic form); the trailblazing dance-drama Wolf-boy; Mare Gaye Gulfam, an Emergency-era allegory, which is, in the main, a retelling of the Layla and Majnun story; and Iqbal ka Adam, a revisionist tribute written and staged on the occasion of the poet-philosopher’s death centenary.

In his later years, Mehdi relocated to Aligarh, where he eventually breathed his last. Even as his eyesight began to fail, he continued to write for the stage, for television, and for newspapers, namely Qaumi Avaz, wherein his insightful, often hard-hitting, editorials were to appear with some frequency until the early years of the present century.  His reminiscences are to be found in Door Darshan’s multi-part series Mamujan ki diary, and in Chand tasviren, chand khutut, published by the National Council for the Promotion of Urdu Language, Delhi, in 2006.

The last of his generation