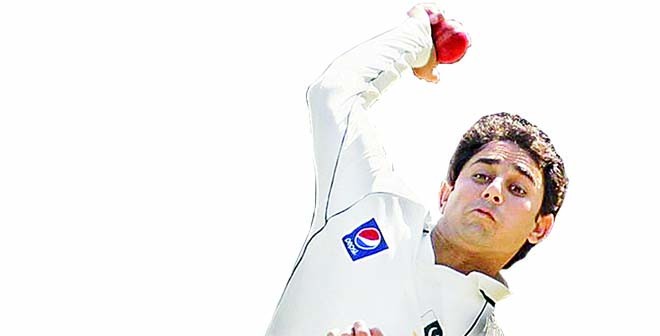 As if Pakistan cricket hadn’t had enough of its share of turmoil, I heard the sad news of Saeed Ajmal being banned from bowling in international cricket for an "illegal" action. In August this year, he was reported for a suspect action after the first Test in Galle, Sri Lanka. But this has not been the first time Ajmal has been reported and suspended. In April 2009 he was reported for suspect action and was subsequently cleared because his inflection or bending of arm while delivering was within the permissible limit of 15 degrees.

Frankly I wasn’t really shocked or even surprised to the say the least because I saw it forthcoming. In June the ICC decided to clamp down on suspect bowling actions by encouraging the match officials to be more confident in reporting them. Although the tick tock on "Chuck Check" had started unfortunately at PCB it went unnoticed till the inevitable happened.

As a sequel to this event, an unending debate has started which has primarily been based upon the notion that the whole cricketing world is biased against Pakistan. I find the whole debate totally unnecessary and uncalled for as I have my own reasons for it.

Emotions aside, it’s a technical issue and must be seen in that context only. The game of cricket must be played within the ambit of cricketing laws or we would be playing anything but cricket.

Barring Al-Amin, the Bangladeshi fast bowler, all the recently reported bowlers with suspect actions have been off-spinners. The increasing use of the "Doosra", a delivery invented, introduced and named by Saqlain Mushtaq has been the main source of suspension.

According to Michael Holding, it is impossible to bowl a Doosra without a bend or kink in the bowling arm. However, Saqlain disagrees with the notion and firmly believes that Doosra can be delivered with a legal action. But the issue of suspect action, especially for the breed of off-spinners, had gained prominence even before the advent of Doosra.

Muralitharan, Dharmasena from Sri Lanka, and Chauhan from India were all reported for suspect actions as far back as 1998 but then the techniques and machines for testing the biomechanics were not that sophisticated and individual expertise and subjective opinions were considered to be the viable options for determining an action legal or otherwise.

However in recent times, the advancement in bio-mechanics equipment and 3D software imaging technology made it possible to test the angle of inflection of any bowler with precision. In fact it has been observed that while bowling almost every bowler has a bend in his or her arm with a varying degree. The permissible limit of 15 degree rule has been devised on the basis that at this level of bending, it is noticeable to the naked eye and accordingly the match officials can make their judgment about the legality of the action.

So has Ajmal been the recent victim of this scientific precision? I don’t think so! Let’s just look at it in an objective manner. To begin with, ICC has done away with the excuse of any sort of medical condition which tends to hamper the straightening of arm for any bowler. Further for a bowler with an open-chested action there would always be more degree of inflection than the side-on action and at 37 years of age, Ajmal is no spring chicken. With aging muscles and the bowling workload he has had for the past 4-5 years it was but natural that his inflection would only increase with the passage of time. This is where the PCB, the selection committee, the captains of different formats and of course Ajmal himself have been wrong because the workload management was very poor.

This also explains the fact that not one but all of his reported deliveries have been tested as illegal which is a sign of an aging and a tired bowler whose body is continually settling into deteriorating comfort zone of illegality.

So what options does Ajmal have? He is a fine human being and great specimen of a sportsman and doesn’t deserve this kind of send-off. It’s nice to see that sanity has prevailed and the illegal bowling action review committee has advised the PCB not to appeal against the suspension and instead has advised to hire the services of Saqlain for helping Ajmal in correcting his action. Saqlain is confident that with hard work and commitment, Ajmal should be able to re-model his action but will he be the same potent force as leading off-spinner of the world and, more importantly, will he be able take part in the World Cup 2015? It’s a tough ask.  I am not sure if he will be able to make a comeback. For me it’s curtains for Saeed Ajmal.

The PCB must have testing systems within the domestic cricketing structure for curbing the menace of suspect bowling actions. Otherwise we will be losing a lot more on fair play front than just the game of cricket.­