Cities of my dream and desire

There are some cities that you become acquainted with, others demand a sustained friendship while with some you desire a passionate relationship 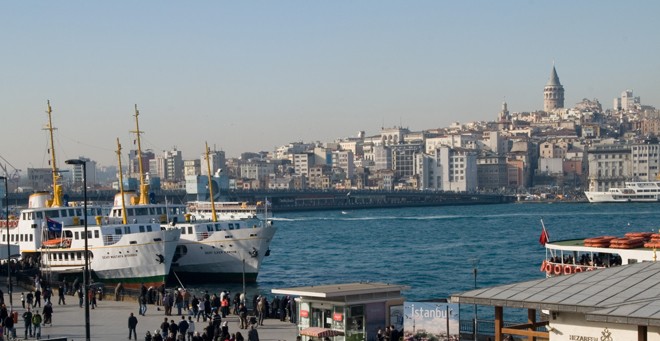 In my imagination’s picture gallery, cityscapes shine and fade out in a magical rhythm. It is a daydream exercise that can sometimes become a form of self-gratification for an old traveller. I get excited with memory and desire.

Memory, of course, is associated with personal experience. Desire is the remnant of that passion that I had culled from my adolescent forays into fiction, with visuals supplied by Hollywood. It took long years of dreaming before I made my first journey abroad. After that I have almost lived a charmed life. That is why my museum of memories is such a large mansion.

I was in my early 20s when I made a secret vow to myself to travel in my lifetime to those cities of my dreams that I had listed in a small notebook. That wish list was a goal that seemed unattainable at that time. There were the usual suspects but initially I yearned to visit London and Paris because of the fiction that I was reading. New York also glittered in the distance, with its mysteries as the ultimate city of our times.

But travellers, who deserve more respect than mere tourists, generally look for surprises -- a sense of discovery. That is how my first major excursion as a journalist left me spellbound with the allure of a place I had not previewed in my imagination. This was Yugoslavia in the early 1980s, before it fell apart. And the prize of this visit was Sarajevo.

I am tempted to tell the story of how I landed there. It so happened that I had read The Bridge on the Drina, a fascinating novel on a bridge constructed by the Ottoman rulers in the 16th century somewhere in Bosnia. It evoked a dream-like place that seemed unreal. When I was sent to Yugoslavia on a two-week tour to write its country report, they asked me in Belgrade if there was anything particular I wanted to see. Of course, I said. That bridge on Drina.

My test for a city you can be friends with is whether a woman can walk alone on its streets late at night. It was possible in my Damascus and it is possible in Istanbul.

That bridge was about two-hours’ drive from Sarajevo. We arrived in Sarajevo late in the evening. I was awakened by the call of the muezzin, on a loudspeaker. First I thought I was dreaming. Azan in a European city? But there it was, though there may not have been many worshippers in that historic 16th century mosque near the hotel.

We had time to explore the city. It had its old world charm, with narrow cobbled streets. Like  the past, it was another country.

I will resist the temptation of going into details but Sarajevo has a special place in my memory. It remained in headlines in early 1990s when it was under siege. In fact, it endured the longest siege of a capital city in modern warfare. It was again in the news just a few days ago because 100 years ago, on June 28, 1914, Archduke Franz Ferdinand was assassinated in Sarajevo by the Bosnian-Serb nationalist and this sparked the First World War.

I was also captivated by Ljubljana on the same visit. The very name -- how it is spelt and pronounced -- is exotic. It is one of the most beautiful cities in central Europe. But it does not figure in any list of the world’s most beautiful cities. It will also not find a high ranking in my personal list, which varies from the standard catalogues found in travel manuals.

There, for instance, is Damascus. It was in my initial wish list because it is accepted as the world’s oldest continuously inhabited city. Aleppo makes the same claim. When I first visited Damascus many years ago, my column in this newspaper was titled; A whiff of Arabian Nights. Aleppo came later. Sadly, both cities have been scarred by the ongoing Syrian civil war. Still, my Damascus is one of the most enticing cities in the world.

We have so many beautiful cities in the world. I have my own classification of how I relate to them. There are cities that you encounter merely as an acquaintance. There are others that demand a sustained friendship. You want to return to them again and again. With a few of them, you desire a passionate relationship. In a different context, some cities become unique either because of their history or their geographical location. Natural beauty has to vie with the glamour of a city’s cultural and social capital.

To name names, Venice has the top billing in all lists of the world’s most beautiful cities. Without any doubt, it is unique. My wife and I were last there in April this year. Its romance is unmatched. But you may not wish to live there for a period of time.

By the way, other cities in the lists are Paris, Prague, Lisbon, Rio de Janeiro, Florence, Amsterdam, Rome, Budapest and not so well-known Burges.

Do I quarrel with this list? In my travels, I have not been to Prague, Budapest and Burges. But among the cities that I have seen - and I confess to not having set foot on the continent of Australia - I would put Istanbul as perhaps the most beautiful city in the world. Perhaps not on a par with Venice. But Venice should be set aside as a miracle. Istanbul combines natural beauty with its unmatched history and its vibrant, cosmopolitan attributes. There is that saying: why do people live anywhere when there is Istanbul?

Ah, Rio. As a prominent soccer World Cup city, we have been enthralled by its wonderful sights. I was in Rio about seven years ago and would testify that it is unique in its location and topography. Its setting is spectacular. That awesome statue of Jesus Christ on a hill takes your breath away. No other city in the world is like Rio.

But like in Karachi, you do not feel very safe in loitering in its streets. My test for a city you can be friends with is whether a woman can walk alone on its streets late at night. It was possible in my Damascus and it is possible in Istanbul. And you have the same sense of security in many Western and Far Eastern cities.

Among cities that I have known, some rather well, I would root for Cape Town, San Francisco, Vancouver and Quebec City. Cape Town stands as number one in The New York Times list of ‘52 places to go in 2014’.Yes, Cape Town is not very safe, at least it was not in 1996 when I was there for a week-long conference. But its geographical location, marked by its Table Mountain, is remarkable. Besides, it has the Robben Island where Mandela was incarcerated.

I have lived in Washington D.C. for a year and have also spent a year in Boston, the city of youth. But two of my unfulfilled dreams occasionally pinch my heart. I wish I were able to live one or two years each in London and the New York island of Manhattan, with enough resources to buy theatre tickets and pay for meals in good restaurants. This is my idea of a beautiful life in a beautiful city.

When I went to the United States on an International Visitor’s Programme, there was a month to visit different places. When we sat down to chalk out the plan, I made a request. Could they give me two days in New York with no engagements at all? I just wanted to walk the streets on Manhattan. It has its own thrill that no other great city in the world can offer.

Cities of my dream and desire