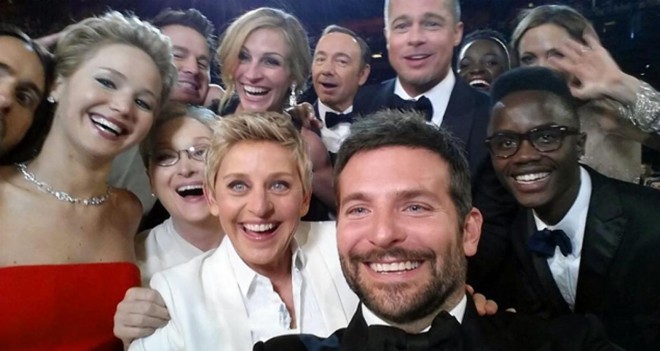 Smart phone ‘selfies’ are in vogue these days. Social media websites have helped to popularise the phenomenon whereby people use their own camera to take a picture of themselves -- no third person required. The infamous Barack Obama selfie at Nelson Mandela’s memorial and the record-setting selfie by Ellen Degeneres at the Oscars have played even greater part in legitimising it.

Despite claims of it being a new social expression, the selfie has always existed in various forms.

The curiosity of people with their self-image has dated back to ancient civilizations. The ruling class usually had the opportunity to have their portraits done by the artist while the artists explored the idea of portraiture with the ever present model -- themselves.

Self-portraits have deep-rooted meanings attached to them. They are more than a representative visual of the maker. The physical features are there on the surface but when we scratch and take away the layers, we begin to enter the realm of mystery, honesty and emotional surrender. These representations of the artists thus outlived them for us to observe and ponder over.

The art of self-portraits was explored by painters for several reasons; such as the need to investigate their art and how the painting represented them. Rembrandt documented his life with the paintings he made till the very end. He studied himself with the self-portraits he painted. Albrecht Durer was a master print maker and used his art to explore various representations of his physical self while his aim was to use these works of art to promote himself the way he wanted the world to see him.

Frida Kahlo is yet another famous painter known for the portraits she painted of herself with distinct facial expressions and brush strokes as means of therapy and an attempt to make peace with herself while much further down the road, Picasso had his light painting series photographed in which he drew with light and was also within the frame of the photograph.

They all had either the brush strokes to hide behind or to reveal their inner selves; some used the colour palette to touch upon the emotive aspect of their personalities while some artists like Jackson Pollock delved into layers of abstraction to paint a metaphorical self-portrait of emotional outpourings.

It is a very human need to leave behind something that represents us. The self-portrait is a known way of immortalising the self. Artists have, for centuries depicted themselves on paper, canvas and photographs.

Sana Arjumand, an artist closer to home who has experimented with self-portraits in her work, describes it as the process of understanding the universe and positioning yourself in it. "We begin to see the world by seeing our self. It is a part of contemplation. Because we want to know the infinite mysteries of creation, we want to know our self. As a symbol of that process we paint our face. Our face is also a mystery -- no one ever actually sees their own face. In the mirror it’s an opposite reflection and in pictures we are looking at an illusion captured by the camera. When we paint our face we want to look at it as closely as possible to define ourselves to ourselves."

The self-exploration aspect of imagery has evolved with the mediums available to the artists. As cameras developed with time and gave way to photographic possibilities, a new art form also began to evolve; that of modern photography. Robert Cornelius is said to have taken the first photographic self-portrait in 1839.

The camera it seems gave room to an expansion of the creative margin and photographers took advantage of this with interesting experiments.

Nadar’s revolving photographic series was one such experiment in which the photographer’s portraits were taken while he himself turned around in a fixed position, which when animated in a continuous loop makes for an interesting little animation of a photographer constantly revolving around.

There were quite a few photographers who worked and refined their talents by using themselves as the subjects. They captured moments in their lives which we now look at and wonder about. These visual snippets of their lives live on and give new photographers a nudge to continue and bring innovation to the art of photography.

There are various reasons behind the urge to photograph oneself as a photographer and, as far as Vivian Maier is concerned, she was unknown till 2007 when thousands of her exposed negatives were discovered by a historian. Her self-portraits not only document her life but her creative soul, the various environments she created in her photographs and the locations she used to focus on to tell her story. Her photographs are a visual diary of sorts which give a glimpse into her personal space and her life.

Cindy Sherman has been a great addition to the photography community with her self-portrait series which questioned the role and how women are represented in society. She photographed herself in various guises and explored the art of photography in a unique way; she would do her own make-up, lighting, set arrangement etc. in her studio and produced works of art that are among the most expensive to be sold.

Then there are people like Alec Soth who are not comfortable with the idea of photographing themselves and hide their faces by pixelating those parts, printing the photograph, shooting it with a gun and call it the un-selfie.

At present, there are a lot of photographers from all age groups experimenting with the art of photography and the selfies they produce are quite complex and meaningful for the viewers who connect with the ideas they communicate.

The point and shoot digital cameras have made this experimentation easier. Both professional and the hobbyist photographers are constantly adding to the pool of self-portraits and the creative ways they use are always inspiring for the people interested in the photography and art in general.

Mobeen Ansari, a photographer who has experimented with self-portraits, says "Photographers started selfies around 2006-2007 with emergence of wide angle/fish eye lenses as a form of quick-self documentation during travels."

He draws a clear distinction between ordinary selfie and self-portrait "I personally feel they are two different things because self-portraits are planned, composed and give you more room to experiment artistically while selfies are handheld and informal."

Renowned photographer Tapu Javeri agrees with the fact that selfies are indeed a form of artistic expression "Yes I think selfies are a new form of self-portraits. In this age of technology and cell phone cameras it is an easy way to record life and social media website like Facebook have become the greatest exporter of these images."

The active social media sites have profiles of people constantly updated with display photographs that are manipulated digitally for a more quirky feel to either represent these individuals or how they would want the world to perceive them. The angles of their faces which make them feel they look the best, the over-exposed photos and the displays of people with blurred faces, they all give us an insight about them, how they see themselves and how they want to project themselves to the world around them which is constantly connected.