9 Biggest Revelations in Bono’s ‘BBC’ Interview About U2 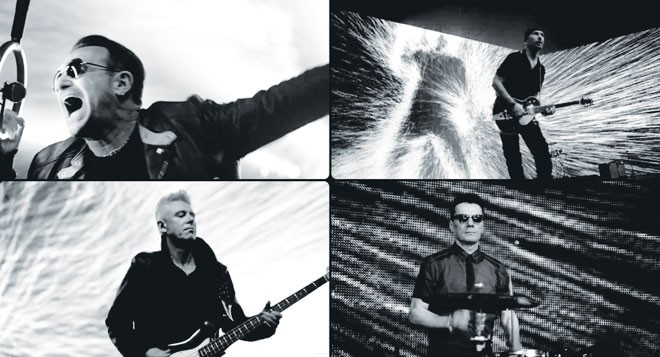 Even though U2′s upcoming album isn’t finished yet – more on that in a bit – the band’s charitable opening salvo “Invisible” has allowed Bono to share nuggets of info about the album and the band’s current state of mind. The singer called into Zane Lowe’s BBC Radio 1 show for a frank discussion of the group’s past, present and future. Here’s what we learned:

“Until it’s on the radio or online, it’s not real,” said Bono. “With U2, our album isn’t finished until it’s in the stores. It’s tricky getting us four boys across the line. But we are very thrilled with ‘Invisible.’ I’m just delighted that there are still people that are interested in us. We’re at nearly two-and-a-half million downloads and there were one million downloads in one hour Sunday. You never really know. With all singers, insecurity is your best security. That’s why we’re such loud people and why we walk all funny. You think, ‘Are people interested?’ But I think our band has something and they know we don’t just put albums out. We do think about it.”

2. There’s No Official Album Title, But At Least One Working Title

When Lowe asked what the band’s “stupidest working title” was, Bono replied, “Insecurity. Somebody drew a picture of somebody in a riot with a big mullet and it just said – instead of Security on the back of the jacket – it just said Insecurity. That was our working title, but that is not the title though.”

3. They’re Incorporating Both Punk and Electronic Music on the New Album

“We listened to all this extraordinary music in the late seventies and started to think about those times and the things that made us who we were,” said the singer. “We went back to why we wanted to be in a band in the first place. It opened up a whole valve for me writing and it was a dam burst of sorts. Punk rock and electronic [music] was when it started for us. We were listening to the Ramones and Kraftwerk and you can hear both of those things on ‘Invisible.’”

4. Bono Channeled His Younger, Struggling Self for “Invisible”

“I was writing about leaving home with just enough rage to see it through and this feeling of arriving in London, sleeping in the station and coming out into the punk rock explosion that was happening,” recalled Bono. “There were really wild extraordinary people and then you feel deeply not extraordinary. You feel invisible and you’re screaming to be seen and you’ve got your band and this is your whole life. It’s that feeling of getting out of town.”

5. They’re Still Working on the Album

Bono said he hopes to finish the album “in a couple of months,” but cautioned that, “It’s finished when it’s finished.” The singer raised an optimistic note, though, saying that, “People are feeling very upbeat about things.”

Collectively, U2′s net worth is in the hundreds of millions, if not billions, of dollars, yet they’re still recording in dingy surroundings. “We’re here in this great nation, in this capital, in some dank basement. Where I’m calling from, as we speak, there were mice spotted earlier,” said Bono. “We call it the Oil Rig. Why is it that we always end up hanging out with men in overalls? You start a band when you’re 17 and then you get a crew if you’re lucky and they’re all in overalls and then you go to the studio and there’s more people in overalls. Not enough girls. Please, girls out there, start twiddling those knobs.”

“We have Danger Mouse working with us,” said the singer. “He’s a great soul and beautiful dude and the [Broken Bells] album is pretty amazing. [It's got] extraordinary, melancholy melodies. As a singer, let me say: This boy [James Mercer] really knows how to be truthful in the telling of the lyrics he writes. There’s something about his voice that is very compelling. The kid’s a star! [Laughs]

“We love those big outdoors shows, but for these tunes, we’re going to start indoors,” said Bono. “We played a ballroom the other night for Sean Penn. It was for 200 people and it was interesting playing on a little stage. Sometimes, we want to dye those roots.”

Asked if the group had any doubts about maintaining their success, Bono admitted, “We were trying to figure out, ‘Why would anyone want another U2 album?’ And then we said, ‘Well, why would we want one?’ There was some unfinished business. We felt like we were on the verge of irrelevance a lot in our lives. How you get through is to make stuff that’s relevant to you and you have to make an honest account of what you’re going through.

“For me, I poured what I’m going through now back through the eye of the experience I had when I first started being in a band and that’s what opened me up. If that is relevant to other people, then great; that would be a thrill. But we don’t know. I think ‘Invisible’ is a great song, but I don’t know how accessible it is. We’ll find out if we’re irrelevant. I’m perfectly prepared for people to try and blow us off the stage. We’re just not going to make it easy.” - Rolling Stone

9 Biggest Revelations in Bono’s ‘BBC’ Interview About U2 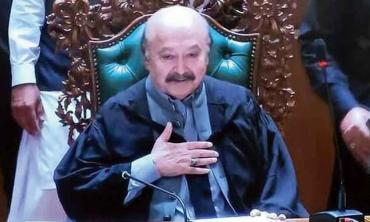 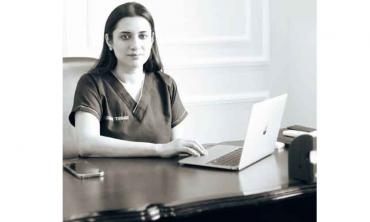 “... knowledge about infertility is limited” 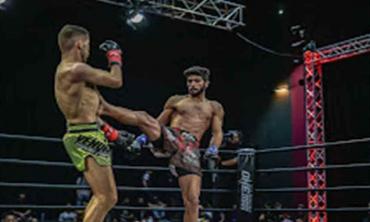