Talking to Spotify’s Artist & Label Partnerships Manager for Pakistan, Sri Lanka and Bangladesh, Khan FM, Instep discovers the larger context of trends and campaigns, as well as what’s coming in the days ahead.

In its second year since launching in Pakistan, Spotify - the world’s most popular music streaming platform - seems to have become a fan favorite while allowing Pakistani artists to appear on a global stage. Between launching and the present, Spotify has been an app for more than finding music. It has also rolled out various campaigns including RADAR EQUAL, which is pushing artists of and from Pakistan to international recognition. To learn more about users, content, and campaigns, we chatted with Spotify’s Artist & Label Partnerships Manager for Pakistan, Sri Lanka & Bangladesh, Khan FM.

An excerpt from the conversation…

Instep: What trends did Spotify notice in the Pakistan market in 2022 and how will you leverage those trends?

Khan FM: We have seen many exciting trends in the last year. Apart from a growing appetite for local indie and local hip-hop genres, artists like Talha Yunus, Hasan Raheem and Young Stunners have shown up among the most streamed local artists in Pakistan as per Wrapped 2022, Spotify’s global campaign that recaps the musical year for fans and artists. Furthermore, Fresh Finds artists like Abdul Hannan and Aleemrk broke records as they continue to top local and international charts.

Our Pakistani listeners also are very connected to global music and similar to the rest of the world. They are listening to BTS, The Weeknd and Taylor Swift.

Instep: What do you think of Spotify’s progression in context of the programs/campaigns it has launched thus far?

Khan FM: I think the progress has been phenomenal and our initiatives have shown great results so far, especially EQUAL that was launched in Pakistan in March of 2022. It has already completed its 10 months featuring 10 EQUAL Pakistan Ambassadors who we are proud to have presented to the world through this program.

Since its global launch, EQUAL has shined a spotlight on women artists through global partnerships, activations, new content experiences, and on-and off-platform support—all created to foster equity for women in audio and celebrate their contributions. On Spotify, listeners can find the EQUAL Hub, which is a dedicated space to highlight women creators. The EQUAL Global Music Program extends resources and opportunities to women artists and amplifies their music through the flagship EQUAL Global and EQUAL local playlists. Women artists do not get an equal voice in the audio industry of Pakistan and there is still a long way to go regarding equality in the music industry. So, we strongly feel that programs like EQUAL Pakistan and Spotify’s support for amplifying these unique women’s voices are crucial for giving these women creators the platform that they deserve to be heard and discovered.

On the platform, it’s clear our listeners are big fans of the women who are featured in our EQUAL campaigns. Our data reveals that since the launch of EQUAL in Pakistan, women artists added to our local EQUAL playlists are about 20 times more likely to get discovered by a new fan. Imagine that!

Since the launch of EQUAL Pakistan, the program’s dedicated playlist has seen a 63% increase in streams by listeners in Pakistan.

And through EQUAL Pakistan, fans from all over the globe are streaming Pakistani women artists at full volume. Excluding Pakistan, the top 5 countries are USA, India, UK, Canada and Saudi Arabia.

We have also selected artists that cover different genres and come from diverse backgrounds, encompassing various career stages. From Grammy award winning Arooj Aftab to Mehak Ali, Hadiqa Kiani, Zoha Zuberi, Natasha Baig, Momina Mustehsan, Eva B, Natasha Noorani and the iconic Nazia Hassan, the latest addition to the list of these amazing Ambassadors is Shae Gill being featured as the Ambassador of EQUAL Pakistan.

Instep: What are the results of programs like EQUAL Pakistan and RADAR Pakistan?

Khan FM: We have launched RADAR’s Pakistan chapter featuring Hasan Raheem as the first RADAR artist. This global artist program focuses on helping emerging artists reach the next stage in their careers by paving their way to find global fandom.

A key component for RADAR is the mini-documentary that rolls out exclusively with this program. In Hasan’s case it allowed his fans and new listeners a deep dive into his world, how it all began for him and where he wants his journey to go with Spotify. This is the first program of its kind for Pakistan that showcases artists on a personal level and creates an intimate dialogue between the artist, fans and new listeners. We’re very proud of the first RADAR documentary which you can watch online.

The response to our RADAR launch has been great and we are excited to see how the program will be benefiting the local emerging talent in the days to come. As part of Spotify’s RADAR program, Hasan will continue to receive on and off-platform marketing and promotional support, including billboard placements across Pakistan & Times Square New York, along with the inclusion of his track, ‘Joona’, on the RADAR Pakistan playlist. The same support will be extended to all upcoming featured artists for RADAR.

Instep: Do you have more plans for upcoming artists in the present year?

Khan FM: We launched the Fresh Finds Pakistan playlist in 2021 which was introduced as the launch pad for up-and-coming artists beginning their careers. And in 2022, we have had a few amazingly talented Fresh Finds artists making it big in the local music scene. The first artist is Abdul Hannan, who like most independent artists, began his journey on Spotify with the Fresh Finds Pakistan playlist. Since joining the Fresh Finds playlist in November 2021, Abdul Hanan’s followers increased by over 4,600%, and his average daily streams witnessed a whopping jump of 7,678% over the same period.

Abdul Hannan is an example of Pakistani indie music’s meteoric success. The Lahore singer, songwriter, guitar player, and producer has had two of his tracks, ‘Bikhra’ and ‘Iraaday’ trending on Spotify’s Chart, Top Songs Pakistan, to date. And according to Wrapped 2022, Abdul Hannan is also one of the top most streamed local artists in Pakistan.

The second artist that I’d like to mention here is Aleemrk. Aleemrk is an emerging Hip Hop artist who found global fame with his track ‘Cold Hours’ trending on Viral 50 India and Spotify’s Global Viral 50 playlists. With 1.3m monthly listeners, Aleemrk is rapidly on his way to the top as the second ‘Fresh Finds’ artist to pop up on Spotify charts due to ‘Fresh Finds PK’.

His track, ‘Cold Hours’ has witnessed a 1095% increase in times played since October 2022, currently putting it at more than 17 million streams and counting. 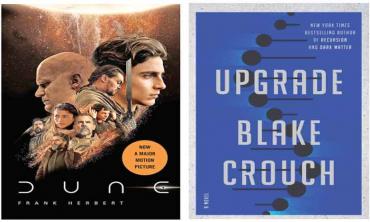 Fast and the futuristic