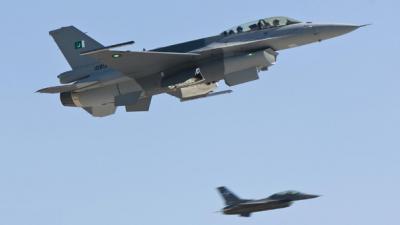 The strikes were carried out late Thursday in the Rajgal and Tirah areas of the lawless Khyber tribal district, where Taliban militant and local Islamist groups are active.

"Twenty-one terrorists were killed in precise aerial strikes last night in remote areas of Rajgal and Tirah," the military said in a brief statement.

The strikes are part of a major offensive to clear Taliban and Al-Qaeda strongholds that began last year in North Waziristan, one of seven Pakistani tribal districts bordering Afghanistan.

The conflict zone is remote and off-limits to journalists, making it difficult to verify the army´s claims, including the number and identity of those killed.

The military began an offensive in Khyber in October 2014, carrying out air strikes and using artillery, mortars and ground troops.

Overall levels of militancy-linked violence have dropped dramatically this year, with 2015 on course for the fewest deaths among civilian and security forces since 2007 -- the year the Pakistani Taliban umbrella group was formed.

Pakistan´s Islamist insurgency began after the US-led invasion of neighbouring Afghanistan in 2001, which led to a spillover of militants across the border and a surge in recruitment for Pakistani militant groups.

Pakistan´s relative success in fighting militancy this year stands in marked contrast to neighbouring Afghanistan, which is facing record numbers of civilian casualties following the withdrawal of NATO combat troops at the end of 2014.

Rain expected in several parts of Pakistan in next 4-5 days, says Met dept