Imran warns of protests if rigging occurs in by-elections 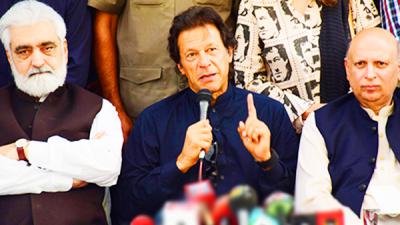 LAHORE: Pakistan Tehreek-e-Insaf Chairman Imran Khan has warned of protests if there is any rigging during the by-elections.

In a clear warning Khan said he would make it difficult for the government to run its affairs if rigging was spotted during the by-elections. “Our preparations against rigging are comprehensive,” Khan said.

Khan added that the federal government and Punjab government were PTI’s competition in the by-elections.