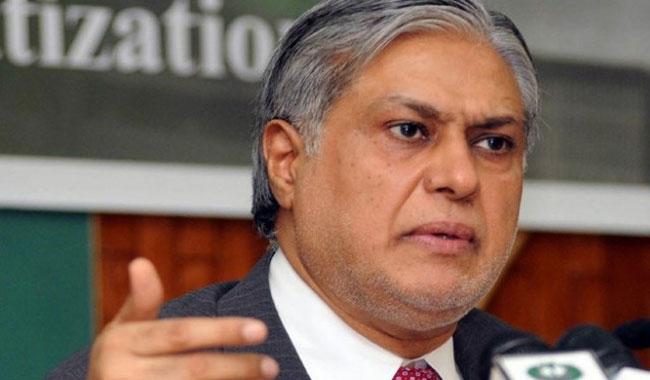 ISLAMABAD: Finance Minister Mohammad Ishaq Dar on Wednesday said that a consolidated report on actions taken by Pakistan to counter money laundering and terrorist financing should be shared with the international community at the FATF forum.

The FATF is likely to meet in France on February 20.

The Finance Minister chaired a meeting of the Sub Committee on Choking Financing for Terrorists and Terrorist Organizations constituted under Prime Minister’s Implementation Committee for National Plan of Action on Counter Terrorism here.

Representatives of different ministries’ divisions and departments provided updates on implementation status of the decisions taken during the last meeting of the sub committee.

The meeting was informed in detail about the proscription process of UNSC designated (Pakistani based) entities under the ATA 1997. It was informed that under SBP guidance banks are barred to render banking services to proscribed entities’ individuals.

Further continuous monitoring and surveillance of the proscribed organizations and individuals is being carried out.

On the efforts to eradicate the menace of Hundi and Havala the meeting was apprised that between January to October 2015 the Financial Monitoring Unit of the Finance Division has referred 49 reports having link with Hawala to FIA for inquiry.

SBP is also referring cases of illegal money remitters to FIA. On the basis of these referrals FIA has registered a number of cases and conducted effective investigations.

The Finance Minister appreciated the efforts of all the relevant departments and agencies involved in countering money laundering terrorist financing.

Pakistan’s efforts in the spheres of countering terrorist financing should be strongly projected at the conference, the Minister added.