Khuhro warns of other options, if PM fails to address issues 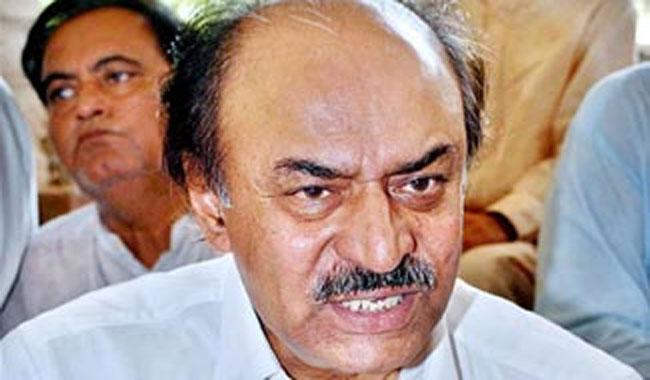 In a statement issued here, Khuhro said actually Interior Minister Chaudhry Nisar took out his anger on Nawaz Sharif by putting aside Sindh assembly’s resolution in connection with the powers of Rangers.

The senior Pakistan People’s Party (PPP) leader said the Interior Minister is not only pitching the centre against provinces but also hatching a conspiracy to achieve personal goals.

He dispelled the impression of any forward block building within the PPP.

It may be noted here that Chaudhry Nisar in a statement issued a few days ago had severely criticized the Sindh government. “No one should be under any wrong impression, as other legal and constitutional options are open to the centre to ensure Karachi’s protection,” he had warned.