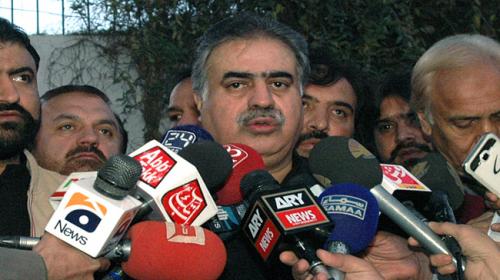 QUETTA: Nawab Sanaullah Khan Zehri, the President of the Pakistan Muslim League-Nawaz (PML-N) Balochistan province, has been elected as Chief Minister of Balochistan unopposed on Thursday.

Zehri will replace National Party (NP) leader Dr Abdul Malik Baloch, who has tendered his resignation as CM Balochistan after two and half years on Wednesday.

No other candidate submitted nomination papers for the election of the Leader of the House.

Sanaullah Zehri will take oath as CM at 4:00PM today.

Earlier today, Rahila Hameed Khan Durrani of PML-N was also elected unopposed as Speaker of the Balochistan Assembly. She will be the first-ever female Speaker of the provincial assembly.

The post of the Balochistan Assembly Speaker has been vacant since the resignation of former Speaker Jan Muhammad Jamali in May this year, and Deputy Speaker Qudoos Bizenjo has been performing duties as Speaker since then.

Millions of US users will be hit by WeChat block