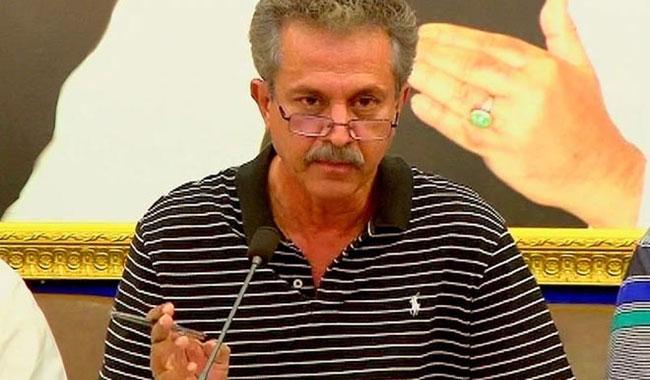 Speaking during a telephonic speech to party workers from London, MQM leader Nadeem Nusart said the performance of the two will be closely monitored.  He expressed hope that the two candidates, who are expected to take oaths tomorrow (Wednesday), will serve the masses impartially.

Nadeem Nusrat warned that without appropriate powers to local representatives the party would stage protests and create hindrance in the way of Sindh government.

MQM had emerged as the leading party in the local government elections in Karachi earlier this month, bagging 135 of total 209 seats of union committees.

The Pakistan People's Party (PPP) came second with 32 seats and an alliance of Jamaat-e-Islami and Pakistan Tehreek-e-Insaf (PTI) third with 11 seats each.

According a report published on MQM’s official website, the decision was taken through a secret ballot after long sessions of the Rabita Committee in London and Pakistan continuing for the last one week.

“Both Wasim Akhter and Dr Arshad Vohra will take oaths in a programme being held in Lal Qila Ground tomorrow.

“Both the candidates will take oaths that they will give top priority to serving the people of Karachi and work with dedication to solve public issues.

They will also take oath to follow party discipline.”

It may be mentioned that last week Sindh High Court (SHC) had summoned Waseem Akhtar in a defamation suit filed by Sindh Rangers.

The paramilitary force had filed Rs500 million defamation suit against the former provincial home minister and MNA for hurling ‘baseless allegations’ at Rangers during an interview on a private TV channel on September 29, which had ‘severely damaged the reputation of Rangers’.

The notice, served under Section 8 of the Defamation Ordinance 2002, asked the MQM leader to furnish evidences or pay Rs500 million as damages.