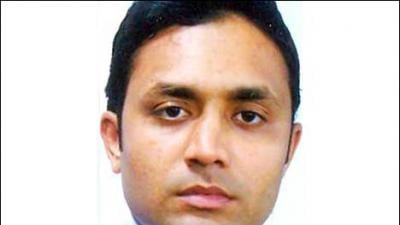 ISLAMABAD: Mohsin Ali, one of the prime accused in Dr Imran Farooq murder case, on Thursday confessed to his direct involvement in the killing of Muttahida Qaumi Movement (MQM) leader.

According to sources, Ali admitted his crime during the interrogation by a Scotland Yard team, currently visiting Pakistan to investigate the suspects in custody of Pakistani authorities.

Mohsin Ali was reportedly being interrogated by the British detectives for the last two days. Sources further told Geo News that the Scotland Yard team is now likely to return to the United Kingdom soon.

Earlier in July, Mohsin Ali had admitted before a Pakistani JIT that he was present on the spot and attacked the MQM leader with a knife ‘on the eve of Altaf Hussain’s birthday’.

Ali had also revealed that he was an activist of All Pakistan Muttahida Students Organization (APMSO) – the student wing of MQM formed on June 11, 1978. He told the JIT that Moazzam Ali, another key suspect in the case, was the one who arranged his and Kashif's travel to UK.

Sources quoted Mohsin as admitting that he used to work in Moazzam Ali's company, Com-net.

Moazzam Ali, according to sources, had also named five leaders of MQM for their alleged involvement in the murder case of Dr Imran Farooq. One of the names is that of MQM chief Altaf Hussain.

Moazzam also admitted arranging Mohsin and Kashif's travel to UK for getting the job done.

Khalid Shamim, another accused in the murder case, revealed that it was his responsibility to pick Kashif and Mohsin from the airport and shift them to a secure location, sources added.