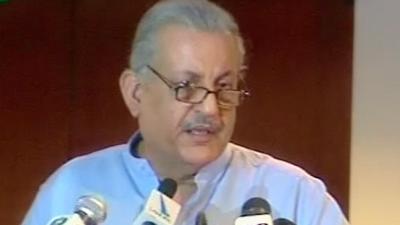 Speaking at a book launch ceremony here, he said the country cannot afford any more experiments. The Senate chairman however stressed the need for all state institutions to mull over security threats the country was currently facing.

“Parliament’s supremacy would prevail in the new system.”

The idea and inception of the National Security Council – a principal forum that is mandated for considering national security and foreign policy matters with the senior national security advisers and cabinet ministers – was first conceived in 1969 under President Yahya Khan.

The idea of this institution remains highly debatable and controversial in the country’s political circles, who argue that the NSC provides legal cover for expanding the role and influence of the military in nation’s public and political affairs to subdue the popular democratic transitional process in the country.

The council was recreated by Musharraf in April 2004 under the National Security Council Act. Although, the NSC remains to stay as statue on the constitution, the council is not active since 2008, but the Defence Committee of the Cabinet (DCC) is reactivated in its place.

The NSC was abandoned by the PPP government, with a unified confirmations from the Parliament, and its functions has been taken under control by the Defence Cabinet Committee as of 2009.

The council was revived under Prime Minister Nawaz Sharif, who presides over meetings of the council when there is an emergency, such as hostilities between India and Pakistan, or a chance to discuss events related to terrorism and extremism.