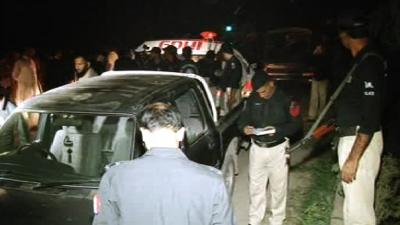 LAHORE: The Lahore Police claim to have killed three suspected terrorists in an encounter in Batapur neighbourhood near Wagah Border here on Tuesday.

According to SP CIA Umar Virk, the terrorists resorted to firing when a raid was being carried out upon reports of their presence in the area. They were gunned down by a heavy police contingent, that surrounded the area, in retaliation, he added.

Virk claimed that the dead were involved in the deadly Youhanabad church blast that killed at least 15 people in May earlier this year.

They have been identified as Sanaullah alias Hussain Punjabi, Imran alias Ameer and Sheikh Qanun, he said, adding that few of their accomplices escaped the scene and were being chased down by the police.

Hand grenades among other arms and ammunition were also recovered from their possession.

PIA plane crash grief compounded by coronavirus for many Pakistanis