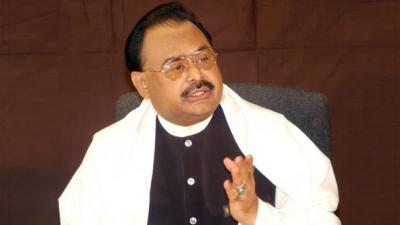 Speaking to a party meeting via telephone from London, he said statements of dozens of PPP leaders are on record in which they defended ‘actions against MQM’ and said Rangers were only targeting criminals and terrorists in Karachi operation.

“What kind of justice is this…when raid on Nine-Zero, arrests of innocent MQM workers and presenting them as war criminals in courts is justified…but, when a PPP leader is arrested then it’s called an attack on Sindh,” Hussain questioned.

He said threats of waging a war were being hurled over arrest of just one PPP leader, adding that his party has never said any such thing.

“This is our own Army…We have the passion to die for our armed forces,” he added.

The MQM chief vowed to continue raising voice for separate administrative units across the country including in Sindh.