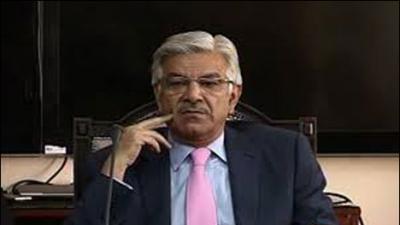 SIALKOT: Defence Minister Khawaja Muhamaad Asif has said India wants to pass the buck to Pakistan for its internal failures as it has been witnessing as many as 36 movement of insurgency.

Speaking to media on Sunday, the minister said without any investigation Indian links every issue to Pakistan.

He said New Delhi had to eat the dust for declaring one of its citizen a Pakistani. “India levels false and baseless allegations against Pakistan, we need to be cautious in the presence of such enemy,” he said.

Commenting on Altaf Hussain’s speeches, he said there was no probability of him being Pakistani as no Pakistani would ever seeks help from enemies.

Our houses, localities and cities are safe due to sacrifices rendered by the Pakistan army which must be remembered.