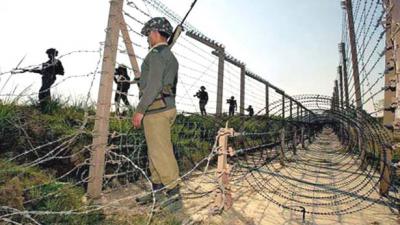 SIALKOT: Four civilians were martyred and five others were injured due to unprovoked Indian firing on the Working Boundary and Line of Control (LoC) overnight.

Accoding to ISPR, three civilians including Ghulam Mustafa, Rahat and Boota from Malana and Salehpur villages were martyred when Indian Border Security Forces (BSF) opened indiscriminate firing in Chaprar sector near Sialkot. Five civilians were also injured in the incident.

The resolution condemned the incidents and said that the issue would be taken up at every forum.