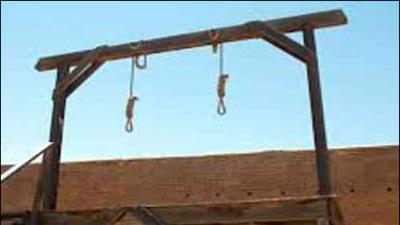 Two prisoners were hanged in Lahore’s Kot Lakhpat jail for committing murder. Convict Shakil had killed a person in 1998, while convict Sher Ali murdered a person in 2001.

In Central Jail Faisalabad, another two convicts were executed. Offender Iftikhar Ahmed killed three people including two brothers as a result of firing over an argument in 2001. Convict Asif Zeb killed a person in enmity in 1998.

In Central Jail Multan, Rana Faryad was executed after being convicted of murder of his cousin over a minor argument.

Convict Amjad Ali was hanged in Sargodha, being found guilty of rape and murder of his young niece, as well as killing two young witnesses of the incident.

Prisoner Anwar Ahmed was executed in District Jail Toba Tek Singh. He had killed six family members including his father and brother over a property matter.

In Central Jail Mach, convict Ibrahim was hanged after being convicted of murdering a person in 2003.

Tally of recovered patients higher than new cases in past 24 hours: CM Sindh