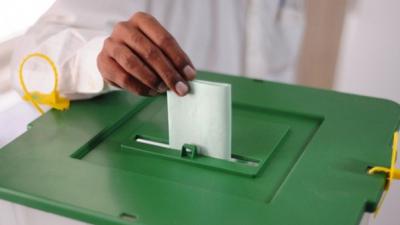 ISLAMABAD: Chief Justice of Pakistan (CJP) has approved the formation of a judicial commission (JC) which will probe rigging allegations in the 2013 general elections.

The three member commission will be headed by CJP Justice Nasir-ul-Mulk and comprise Justice Amir Hani Muslim and Justice Ejaz Afzal. The commission will hold its first meeting tomorrow (Thursday).

Earlier this month the ruling Pakistan Muslim League-Nawaz (PML-N) and Pakistan Tehreek-e-Insaf (PTI) came to an agreement for the formation of the commission which will be tasked with probing rigging allegations within 45 days.

The agreement was reached after both sides held several rounds of talks to decide over the proposed commission.

Imran Khan's PTI has long been protesting against what it termed widespread rigging in the 2013 polls.

The party also led a long march on Islamabad in August, 2014 and staged a sit-in till December 16 against what they called the government’s unwillingness to order a judicial probe into the alleged irregularities.