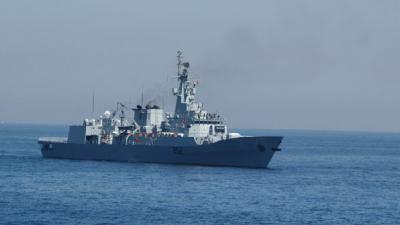 Pakistan Navy spokesman said, the foreigners included four Bangladesh citizen, three Qatar national, two each from Romania and Yemen and each from Germany, Philippines and Britain.

The stranded Pakistanis and foreign nationals will be transferred to another Pak Navy ship at Al-Hadida port after immigration, the spokesman said.

Pakistan Navy is participating in the relief activities along with international community, said the spokesman and added that it is committed to safeguard national interests in the surroundings of Yemen.