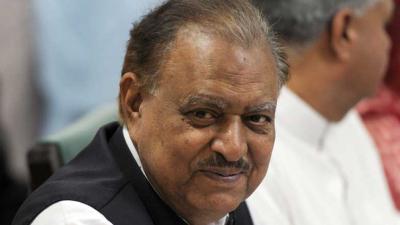 President Mamnoon Hussain on Monday said that Pakistan is interested in expanding military and trade cooperation with Russia and would soon purchase Russian Mi-35 helicopter gunships.

Speaking exclusively to Russian news agency Sputnik, he said that over the past decade bilateral military-to-military contacts have intensified, positively assessing the prospects of Russia-Pakistan military cooperation.

“Pakistan would like to procure a variety of Russian military hardware,” President Mamnoon was quoted as saying.

Commenting on potential to increase bilateral trade, the president said that the same could be increased in light of Russia’s ban on certain food imports from countries that imposed sanctions on Moscow.

“The current bilateral trade between Pakistan and Russia is a meager half-billion US dollars annually. This trade turnover is far below the existing potential,” he said.

“It is unfortunate that a ban on import of certain agricultural products from Pakistan was imposed last year. While the ban on other items was lifted, that on import of potatoes still exists,” he said, expressing a hope that this would be lifted soon as well.