According to ISPR, Prime Minister Azad Jammu and Kashmir was also present.

PM condemned Indian unprofessional approach of targeting innocent civilians. He said Pakistan shall continue its political, diplomatic and moral support to Kashmiris for their just struggle. 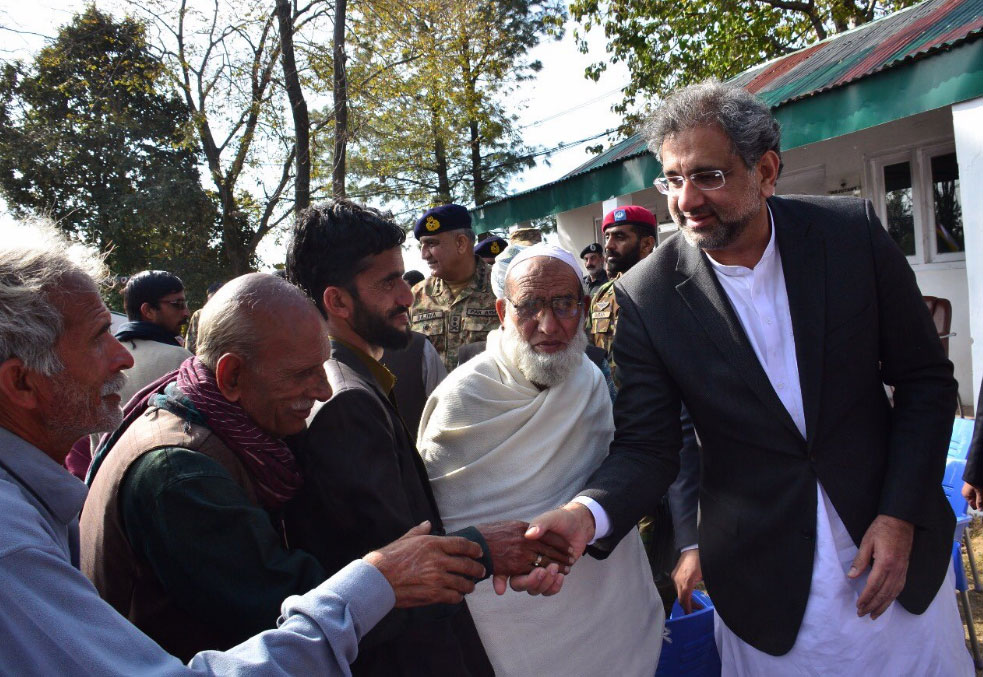 Army Chief directed immediate evacuation of teen aged girl to Armed Forces Institute for Rehabilitation Medicine for artificial limb as she had lost her leg due to Indian shelling.

Later, PM also interacted with troops. He acknowledged and appreciated contributions and sacrifices of Pakistan Army in defending motherland and protecting people of Azad Kashmir.

“No other Army of the World is parallel to Pakistan Army. Restoration of peace against terrorism despite out commitments against perpetual threat from eastern border is milestone achievement and together we shall take it towards enduring peace and stability,” PM said.