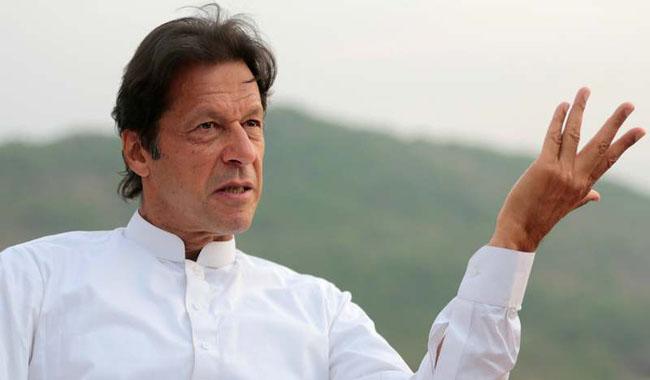 The PTI chairman leveled serious allegations against the IB chief Aftab Sultan in a series of tweets, seeking the explanation for the Aftab Sultan’s visit  at “taxpayer expense”.

“IB head must resign immediately. What was he doing visiting a disqualified PM in London over 4 days at taxpayer expense?,” he said.

Taking an exception to the IB's alleged role in politics, the former cricket hero accused the civilian intelligence service of abetting Nawaz Sharif "by creating grounds for blackmailing his MNAs into falling in line.”

IB head must resign immediately. What was he doing visiting a disqualified PM in London over 4 days at taxpayer expense?

IB head is an official of the State paid for by taxpayers. His duty is to the state not to the Sharif family. https://t.co/c0eFLa5ORk

“This is how state institutions are destroyed by a mafia breaking all laws and democratic norms,” he said in a tweet.

" [It] Sends wrong message to society: that the powerful can break laws with impunity. Clearly this is mafia rule not democracy.”