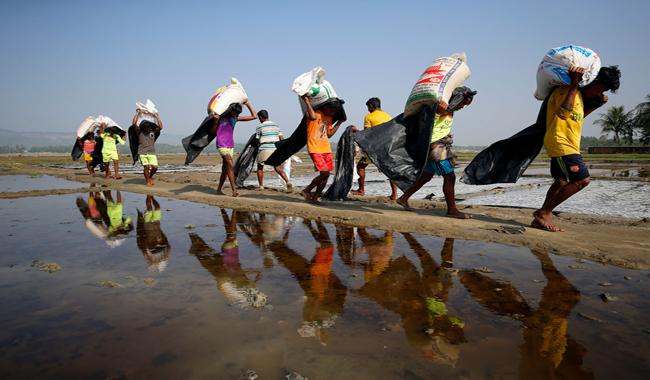 In a written statement, Presidential Spokesman Ibrahim Kalin said Myanmar government has permitted the access of personnel from the Turkish Coordination and Cooperation Agency (TIKA) to the region and distribute 1,000 tons of aid in the first phase.

The spokesman said the aid packages, including rice, dried fish andclothes, will be sent to the region by military helicopters starting from Wednesday.

Turkey will also deliver medical supplies to those in need, he added. The aid is planned to be delivered to the Maungtaw and Buthi Taung regions of Myanmar with the coordination of the Rakhine State government.

Turkey will also distribute humanitarian aid to the Rohingyas in camps in Bangladesh.

Kalin said Turkey plans to initially distribute aid to 100,000 familiesin coordination with the governments of Bangladesh and Myanmar.

TIKA is the first foreign aid agency to get permission from Myanmar government to enter the region since the violence began on Aug.
25, he noted.