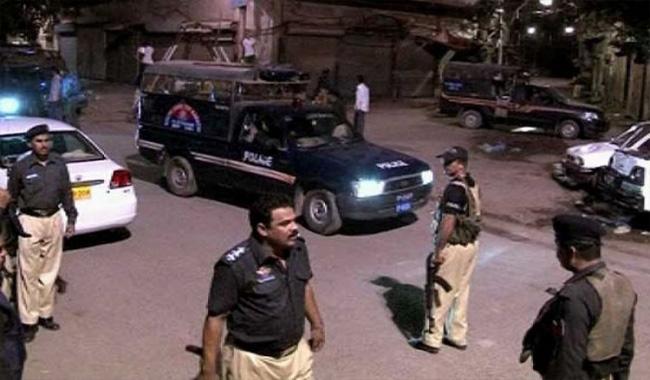 Police said, on a tip-off, they carried out a targeted raid in a house at Eisa Nagri in Quetta. As the police entered the house to approach the alleged terrorists, they suddenly resorted to firing, while police effectively responded and in retaliation three terrorists got killed, they added.

The police claimed to have recovered a huge cache of arms and ammunition, including five-kilogram of exclusive material, from the custody of the alleged terrorists who were killed in shootout.

Heavy contingent of police have been called to cordon off the area.

The operation was carried out hours later the Superintendent Police (SP) Quaidabad Mubarak Shah and his three security guards had been martyred by unidentified armed men ambushed their vehicle in Quetta.

While Chief Minister of Balochistan Nawab Sanaullah Khan Zehri  lauded the police action and vowed to continue anti-terrorist efforts to eliminate the menace of terrorism from the province.

Whereas, in another alleged encounter in Lahore, police killed two bandits after receiving a call on Thursday night, deceased were identified as Nasir and Ateeq, said police.