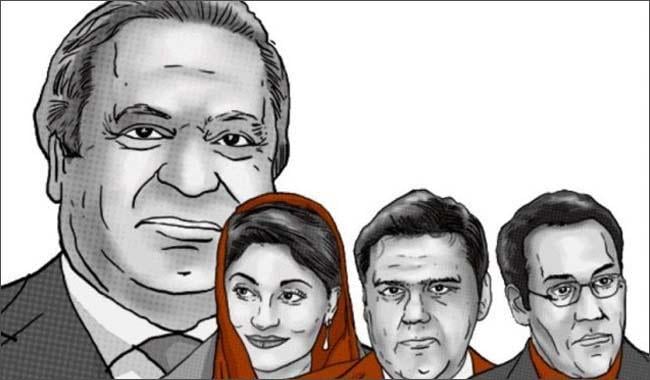 ISLAMABAD: Sharif family has hired the services of four prominent lawyers to defend them in Supreme Court against Panama JIT report, submitted in the apex court on Monday.

The team of four lawyers that include Khawaja Haris, Amjad Pervez and others will review the report submitted in the apex court by Joint Investigation Team (JIT), probing money laundering allegation against Sharif family and by the end of this week would prepare its respond.

Sources close to the development said Khawaja Haris would lead the legal team.

The Supreme Court-sanctioned JIT has recommended that at least 10 alleged corruption cases, instituted against Nawaz Sharif and his family members by Pervez Musharraf, some of which were thoroughly probed and decided by different courts, should be reopened, and appeals, where necessary, be filed, a reading of the findings shows.

The JIT further suggested that two cases registered by the Federal Investigation Agency (FIA) against Nawaz Sharif during the tenure of the Benazir Bhutto government in 1994 and decided by the courts should also be reopened.

The ruling party has rejected the Joint Investigation Team (JIT) report in the Panama Papers case and vowed to contest it before the Supreme Court to fulfill the requirements of justice, and expose its contradictions and biased findings.

The six-member JIT, headed by Wajid Zia, submitted its final report to the three-member implementation bench on the Panama verdict on Monday.

The findings also confirmed Maryam Nawaz Sharif as the real and beneficial owner of the BVI Companies namely Nielsen Enterprises Limited and Nescol Limited and owner of Avenfield properties in 2012 and before.