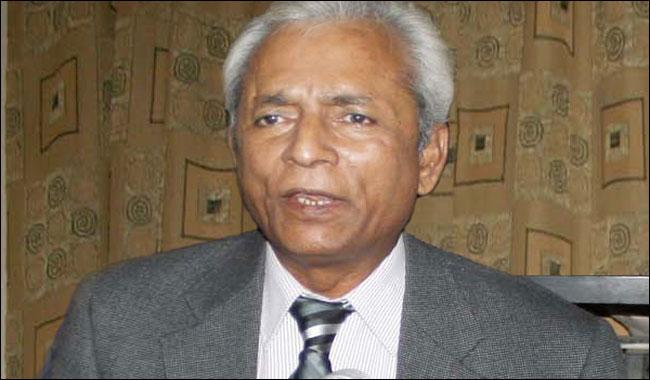 Leader of the House, Raja Zafarul Haq should be informed of the recent development, said the Chairman.

In a dramatic u-turn, PML-N Senator Nehal Hashmi on Tuesday requested the Chairman Senate Mian Raza Rabbani not to consider his resignation, apparently taking a line contrary to his party's position after he recently passed ‘highly controversial remarks against the judiciary.’

Hashmi submitted his signed request after a day when he was summoned by Rabbani for hearing whether he had resigned without any pressure from any quarters. However, he had not appeared and instead sought time. He was asked to appear on Wednesday.

“It is to bring in your kind notice that the resignation in question, had to be furnished under unusual circumstances. It now necessitates its immediate withdrawal as it was completely in under stressful atmosphere,” he said in his application to the chairman Senate. In his request, Hashmi contended that he had submitted his resignation under intense pressure and that he wanted to continue his duties as a senator.

In a chat the with media outside the Parliament House, PML-N parliamentary leader in the Senate, Mushahid Ullah Khan, emphasised they stood by the decision of the prime minister with regard to Hashmi. He added they did not agree with the decision of reversal of Hashmi’s resignation as senator.