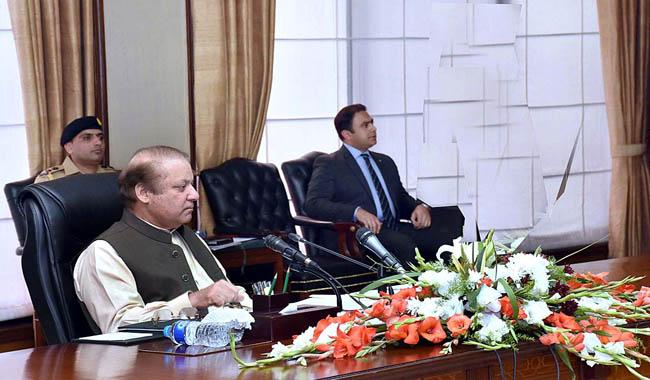 Chairing the meeting of Cabinet Committee on Energy (CCE) here, the prime minister expressed displeasure over the ongoing load-shedding schedule.

The prime minister emphasized a proactive and solution-oriented approach by all line departments with the aim to provide maximum relief in summer season.

The prime minister said the government was fully cognizant of the problems faced by masses due to power shortage and would not rest till a significant relief was provided.

Keeping in view the urgency of the situation, the prime minister called another meeting of the CCE on Tuesday.

It was informed that by March 2018, a total of additional 9,107 MW power carrying capacity would be available in the transmission system provided timelines were met.

The Secretary Water and Power briefed the meeting on implementation status of previous decisions taken by CCE, current load management plan, circular debt, transmission and distribution of electricity from upcoming power projects and status of utilization of idle power plants.

The CCE was informed that Bhikki and Haveli Bhadur Shah plants were facing normal mechanical problems in some of their turbines which were being resolved with the manufacturer.

The prime minister directed to complete repairs at the earliest. It was informed that a special committee in the Ministry of Petroleum and Natural Resources was working on chalking out a balanced conversion plan from conventional fuels to LNG.

It was further informed that monitoring of power generation and distribution systems was being undertaken regularly with physical and field monitoring of 270 projects.

Regular meetings are being held with CEOs of DISCOS to resolve operational issues. Minister for Petroleum and Natural Resources Shahid Khaqan Abbasi briefed the CCE regarding new gas transmission pipelines being built for LNG from Karachi to Lahore.