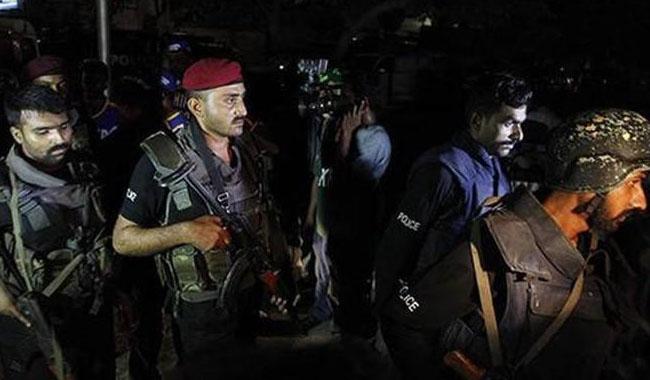 KARACHI: Two militants affiliated with the Daesh group were gunned down by Karachi police in Manghopir area, a senior police official said on Friday.

The police came under attack when it raided their hideout, SSP West NasirAftab told media. One policeman received injuries during the gun battle while both the militants were killed and their accomplices managed to flee the scene, he said.

The officer said they found a hit list that included names of police officers and other government officials on the lap top.

They were identified as Saifullah and Haneef.