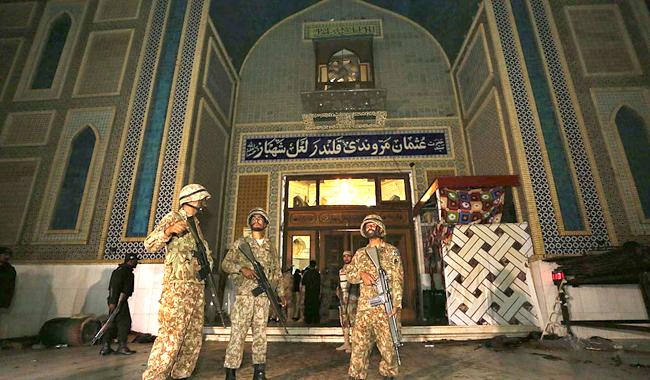 KARACHI: The death toll of Sehwan blast has reached 88 as several critically injured succumbed to the wounds, health officials confirmed on Friday.

According to the details released by the Sindh government, 75 dead bodies were received at hospital in Sehwan and five others at Nawab Shah hospital. At least 67 bodies have been identified and 57 of them were handed over to the families.

88 people were martyred and over 250 injured in the suicide attack at the Hazrat Lal Shahbaz Qalandar’s shrine at Sehwan Town on Thursday. Each Thursday, the devotees reach the shrine in large numbers to attend Dhamal.

The Islamic State group (IS) claimed the attack, the deadliest to hit Pakistan so far in 2017.

Pakistan closed the Torkham border crossing and summoned Afghan Deputy Head of Mission at the army headquarter where army officials handed over a list of most wanted 76 terrorists and asked the Kabul to take action against these militants.

Security was high alert across the country on account of Friday as large Jumma prayers could be the next target. The law enforcement agencies launched a crackdown and killed nearly 40 terrorists including 18 in Karachi.