Stranded since a decade, Pakistani fishermen return from Yemen 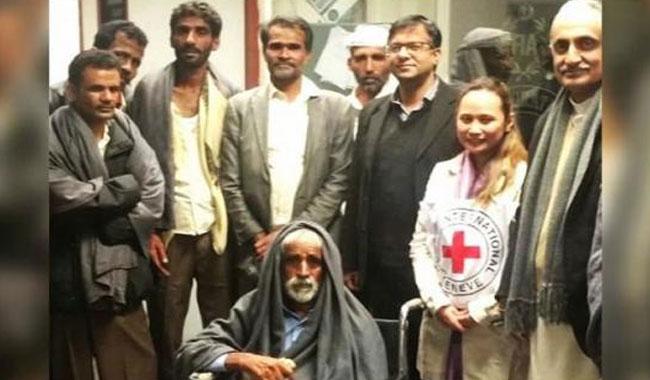 ISLAMABAD: Seven Pakistani fishermen returned home from Yemen on Friday after a decade, when they had gone astray from their route.

According to details, seven Pakistani fishermen had ventured out to fish almost a decade earlier and had gone. The fishermen, who were from Sindh and Balochistan's coastline areas, got lost in the sea and hence ended up in international waters. They were taken into custody and locked in the central jail of Yemen’s capital Sana'a.

Following the heroic efforts of the International Committee of the Red Cross (ICRC) and Foreign Office, the fishermen were able to return home to their families after almost a decade. Representatives of the Foreign Office and ICRC greeted the fishermen on their return to Islamabad, where their families had also gathered to greet them upon arrival.