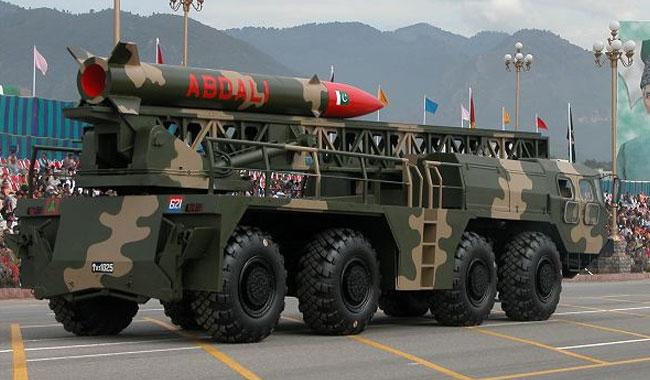 ISLAMABAD/NEW DELHI: India and Pakistan exchanged a list of their nuclear installations on Sunday, a measure which is a part of the treaty signed between the two countries since 26 years.

As part of the Agreement on the Prohibition of Attack against Nuclear Installations between India and Pakistan, the two nuclear-armed neighbours exchanged a list of each other's nuclear installations on Sunday. The exchange was done through proper diplomatic channels in New Delhi and Islamabad.

"India and Pakistan today exchanged, through diplomatic channels simultaneously at New Delhi and Islamabad, the list of nuclear installations and facilities covered under the Agreement on the Prohibition of Attack against Nuclear Installations between India and Pakistan," read an official statement from the Indian External Affairs Ministry.

Sunday marked the 26th such exchange of list between India and Pakistan, who have both honoured the agreement since it was signed on December 31, 1988 and came into force on January 27, 1991. The first exchange of list took place in January 01, 1992. The treaty binds both nations to inform each other of their nuclear installations and facilities that will be covered under the agreement on January 1 of each calendar year.

Relations between both nuclear armed neighbours are tense since Indian security forces committed atrocities in occupied Kashmir after the killing of freedom fighter Burhan Wani. After Wani's killing, thousands of protesters in held Kashmir took to the streets and protested against the Indian government, who resorted to opening fire and killing more than 80 unarmed protesters. Thousands were injured by the Indian security forces' use of pellet guns.

Relations further suffered between the two states when 19 Indian soldiers were killed in the Uri attack. India blamed the incident on Pakistan, which Pakistan vehemently denied. Since the past couple of months, both countries have exchanged fire across the Line of Control and had to suffer casualties.

FM Qureshi says no ill will between Pakistan and Saudi Arabia