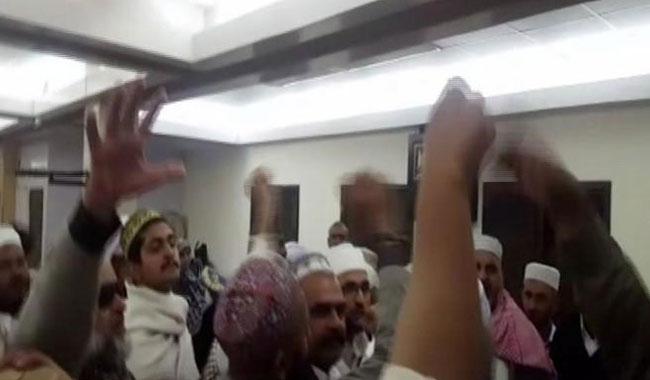 FAISALABAD: Passengers were yet again troubled by Pakistan International Airlines (PIA) as flight PK-764 leaves behind luggage at the Jeddah airport, prompting furious passengers to protest on Monday.

Flight PK-764 was scheduled to arrive at Faisalabad airport on Sunday night at 7pm. However, the flight was delayed for 10 hours, which caused difficulties for passengers.

However, once the flight did arrive at Faisalabad airport and passengers were offloaded, it was realised that the airline had forgotten the luggage of all 130 travelers behind at Jeddah airport. This infuriated passengers, who protested against the error caused by the airline.

"PIA management has assured the passengers that they will get their luggage back within two days," said one distressed passenger.

PIA chairman Azam Saigol resigned earlier this month after a fatal PK-661 air crash which killed 47 passengers. Prominent singer-turned-evangelist Junaid Jamshed was also among those who had died in the crash along with his wife Neha Junaid.