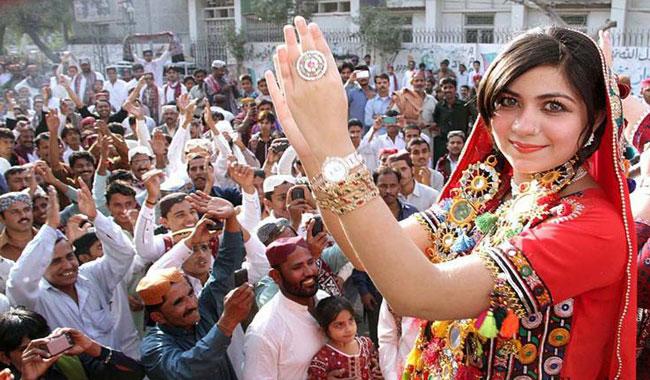 KARACHI: Thousands of people, including men women and children, clad in the cultural attire poured on the streets in rallies in various cities of Sindh to mark the annual Sindhi Culture Day on Sunday.

The people wearing Sindhi Ajrak, traditional block printed shawl and Sindhi caps danced to the tunes of Sindhi songs as they moved in rallies all over the province.

Addressing the PPP’s rally in Hyderabad, Sindh Chief Minister’s Adviser for Information Moula Bux Chandio said the colours of Sindh had been put on the map as people celebrate the culture day.

The day is being celebrated like Eid, he commented.

Chandio said a nation which forgot its customs and traditions become history.
But the people of Sindh for many past centuries have continued to keep their civilization, language and culture close to their heart, protecting them as well, he observed.