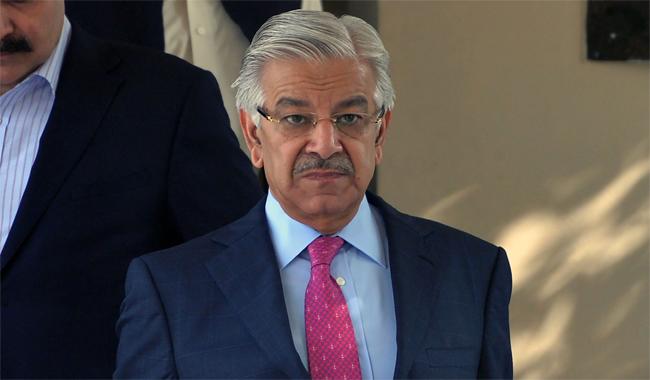 ISLAMABAD: Defence Minister Khawaja Asif has stated that China would stand by Pakistan if India imposed war on the latter.

In an exclusive interview with Saleem Safi in Geo News programme, ‘Jirga’, Khawaja Asif said, “China is supporting Pakistan in its all affairs related to country’s defence.”

Eleven civilians were martyred when Indian forces targeted an ambulance and a passenger bus near the Dhudnial town in Neelum Valley along the Line of Control (LoC) on Wednesday. At least seven people have been injured in the attack.

Tensions between the two nuclear-armed nations have been on the rise, ever since the Uri attack took place in Indian occupied Kashmir, which claimed the lives of 17 Indian soldiers.

India, without a proper investigation into the attack, blamed Pakistan for having a hand in the terrorist attack. Pakistan vehemently denied accusations and instead, took the issue of India's human rights violations to the United Nations General Assembly.

Ramadan: Govt fixes Nisab of Zakat at Rs80,933 in Pakistan