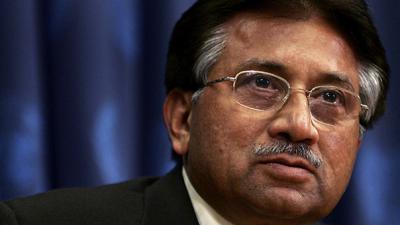 Musharraf’s counsel Faisal Chaudhry answered that the special court’s decision was not challenged by the government in accordance to his knowledge.

Faisal Chaudhry said that the case was also being tried in the IHC hence the hearing should be adjourned till its decision.

Justice Faisal Arab could not head the bench due to his oath taking ceremony as the new Chief Justice of SHC.

Earlier in the day, Justice Ather Minallah of the IHC had adjourned the hearing seeking the federation and Musharraf’s replies in three weeks.