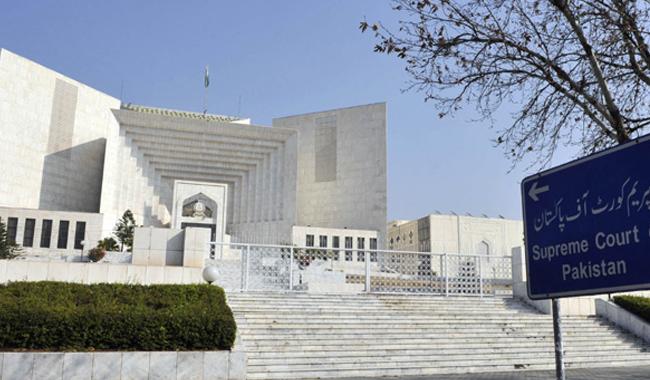 ISLAMABAD: The Supreme Court on Thursday issued notices to Prime Minister Nawaz Sharif and others in Panama Leaks case on the petitions filed by Imran Khan, Siraj-ul-Haq and Sheikh Rasheed.

After hearing the arguments, the bench issued notices to all the respondents including the prime minister and adjourned the hearing for two weeks.

At the outset, the chief justice remarked that the court will not indulged into any political wrangling and will only interfere where the executive failed to fulfill its responsibilities in protecting basic human rights.

After the hearing, PTI chief Imran Khan said today’s hearing is the first step to bring the king under the law adding that more will be revealed during the proceedings.

Magna Carta was a step to bring monarch under Rule of Law. Today's SC decision to issue notice to PM on PTI petition a similar step. 1/2

2/2. Now our wannabe monarch Sharif will have to appear before SC for accountability - as he should in a democracy.

While talking to media, PML-N leader Khawaja Asif said that the party is ready to answer all the allegations at all forums.

The PTI’s plea seeks disqualification of the prime minister but other petitions did not share its prayer. Two of them call for formation of a judicial commission to probe the offshore shells; one opposes this option and the fifth one demands inquiry by investigating agencies against the owners of such companies.

The plea of Imran Khan insists on the ouster of the prime minister, his son-in-law Captain (retd) Safdar and Finance Minister Ishaq Dar.

On the contrary, Barrister Zafarullah’s petition prayed the apex court to order formation of a parliamentary committee or panel to look into the Panama Papers scandal, and if there was disagreement on it in the parliament, political parties should move a vote of no confidence motion against the premier.

In his petition, Jamaat-e-Islami Amir Sirajul Haq did not name the premier as a respondent and urged the court to direct investigating agencies to launch a probe into the Panama Papers scandal, arrest the suspected culprits, recover the public money and bring it back to Pakistan because it was illegally taken out to offshore companies.

Sheikh Rashid has asked the court to appoint an inquiry panel on the lines of the Memogate Commission to look into the allegations against Nawaz Sharif’s family. Advocate Tariq Asad also prayed the same.

Tallal Chaudry incident to be investigated by Faisalabad Police committee