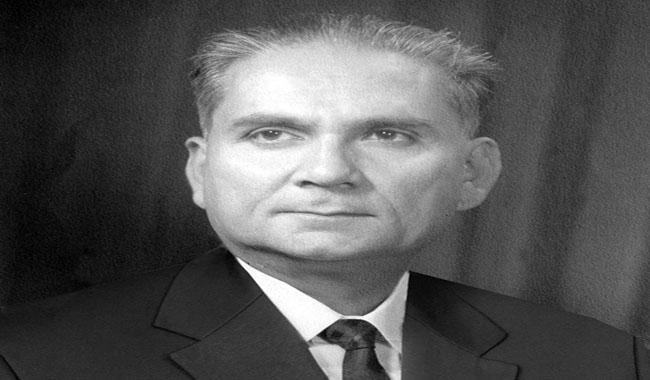 Kazi was amongst the very few Muslim candidates who joined the prestigious Indian Civil Service in 1945 a rare accomplishment for Muslims of his generation a press released said issued here.

His career spanned over a period of 50 years.

During his professional pursuit he held numerous important positions including Finance Secretary of West Pakistan, Economic Minister in the Pakistan Embassy in USA, Additional Chief Secretary (Planning andDevelopment) West Pakistan, Chairman of Pakistan’s Water and Power Development Authority (WAPDA), Secretary for Industries and Natural Resources, Finance Secretary of the Government of Pakistan, Chairman of the Federal Board of Revenue, Secretary General Finance and Economic Coordination, Advisor to the President on Economic Affairs with status of federal Minister, Governor of State Bank of Pakistan, Deputy chairman Planning Commission, Chairman Privatization Commission and Chief Executive of the Pakistan Investment Board.

Kazi was recognized in his circle as a dedicated civil servant with soft humility nature vast knowledge of economic affairs and genuine interest in people s welfare.

For meritorious services rendered to Pakistan he was awarded the high civil awards of Sitara e Pakistan and Sitara e Khidmat.

His services to Pakistan especially in the area of economic policy development and planning will be long remembered.

He is survived by his daughter Dr Shahnaz Kazi and son Sohail Kazi.

MilKar launches nationwide campaign for donations of clothes ahead of winter