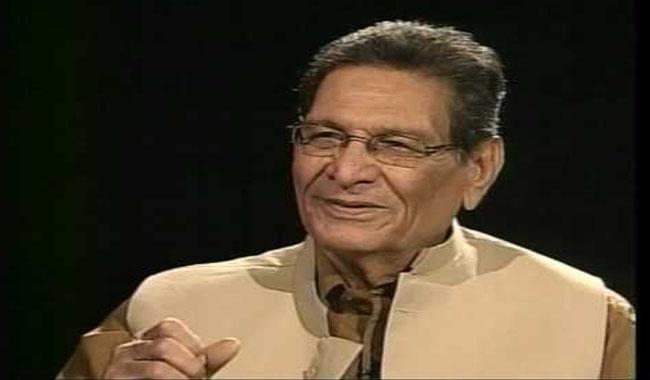 KARACHI: Founding member of the Pakistan People’s Party (PPP) and senior politician Meraj Muhammad Khan died at a local hospital on Friday. He was 77.

Khan was hospitalized for respiratory problem at a private medical facility. According to Geo News, funeral prayers of the veteran politician would be offered later in the day.

He was a close aide of former prime minister Zulfiqar Ali Bhutto and contested general election of 1970 on PPP ticket from Karachi. He left the PPP after developing differences with PPP chairman.

1998, he joined the Pakistan Tehreek-e-Insaf (PTI) and resigned in 2003 citing differences with Imran Khan.

Khan was born on 20 October 1938 in Farrukhabad, Uttar Pradesh to an educated family of Pashtun origin.